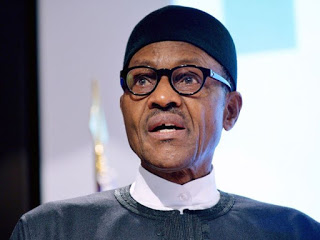 President Muhammadu Buhari  as well as Sultan of Sokoto, Alhaji Sa’ad Abubakar will on Sunday Nov. 18, lead prominent Islamic leaders to Ibadan for the fund raising of N5bn International Islamic Centre for the Muslim Ummah of South West Nigeria (MUSWEN).
In a statement by Alhaji Yisa Abdulkareem, Chairman, MUSWEN 10th year anniversary said that the Oyo state Governor Ishaq Ajimobi will host his colleagues from Osun, Ogun, Lagos, Ekiti and Ondo states.
Speaking on the long list of Special Guests of Honour, Abdulkareem said the Chairman of the occasion is Dr Wale Babalakin SAN while Alhaji Aliko Dangote, President Dangote Group of Companies will be the Chief Launcher.
He said that the Emir of Kano, Alhaji Muhammadu Sanusi II, will deliver a key note speech on the theme of the 10th year anniversary “Stronger Ummah, Greater Nation” while Oba Lamidi Adeyemi III, the Alaafin of Oyo will be the Royal father of the Day.
He said other highlights of the day include presentation of a book on “Islam In Yoruba land’’ which was the papers collated during the international conference on it as part of MUSWEN’s month-long activities.
Other guests expected at the occasion include the Senate President Bukola Saraki, Deputy Speaker, House of Representatives, Rt. Hon. Yusuf Lasun, Asiwaju Bola Ahmed Tinubu, Hon. Femi Gbajabiala, House Leader, Alhaji Musiliu Smith, Alhaji Sulaiman Adegunwa and Admiral Jubrila Ayinla.
The launching slated for International Conference Centre, University of Ibadan, Oyo state will start from 10.00 a.m with Dr Sakariyau Babalola, MUSWEN President receiving all guests while Prof. Dawud Noibi, MUSWEN Executive Secretary as Chief Host.
Other dignitaries expected at the launching include Alhaji Daud Makanjuola, Aare Musulumi of Yoruba-land including Edo and Delta states as well as the League of Imams and Alfas in Yoruba land and other Islamic titled holders and Islamic groups and Envoys of Arab speaking nations.
He said Oba Adeyeye Ogunwusi, the Ojaja II and Ooni of Ife and Oba Sikiru Adetona, the Awujale of Ijebu-land are the Royal Guests of Honour.
Abdulkareem said that the multi-purpose International Centre will be the first of its kind in Africa as it contains all facilities of international standard.
It will be recalled that activities marking the 10th year anniversary of MUSWEN commenced with a press conference on Aug. 10, 2018.
Signed
Abdur-Rahman Balogun
Chairman, Media and Publication Committee