Precision
Home News What Would Have Happened If Kogi Copter Crash Claimed My Life –... 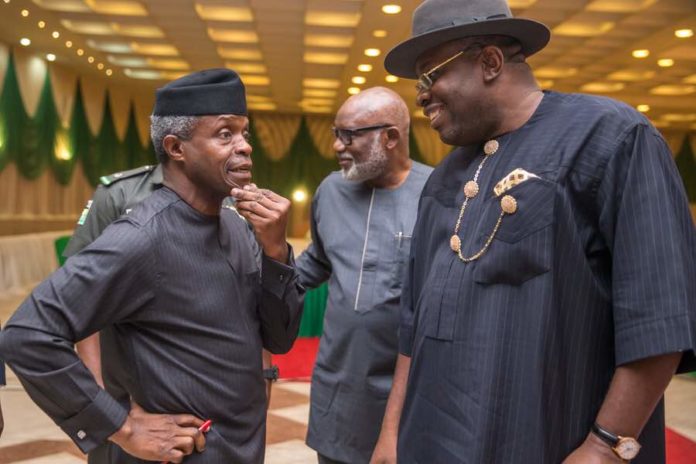 Vice President Yemi Osinbajo on Sunday shared what transpired in the seconds that followed the February 2 helicopter crash in Kogi State, revealing that there first was ‘complete silence’.

According to him, if the crash had been fatal, some people would have weaved conspiracy theories of what they had no idea about.

He said, “On the 2nd of February 2019, God gave me and members of my family, friends, and colleagues, even further reasons to know that if not for His mercies, we would have been consumed. We were going to Kogi for a two-day campaign tour, and then our helicopter crashed as we got in to land at Kabba.

“I remember in the split second when the incident occurred, for a second, there was absolute silence and nobody said anything. On reflection, it occurred to me that if we had died, that is what would have happened, complete silence, nobody saying a single word.

“I reflected over the various problems that would have occurred; the smaller problems would have been the rumours: How did it happen? Who did it? Why did they do it?

“With the way we are, I just felt sorry for so many people who would have been involved in conspiracy theories of things they knew absolutely nothing about. But God delivered them too because they would have had to explain themselves.”

Osinbajo thanked God for the deliverance all through the campaign period, adding that the victory was all the work of God.