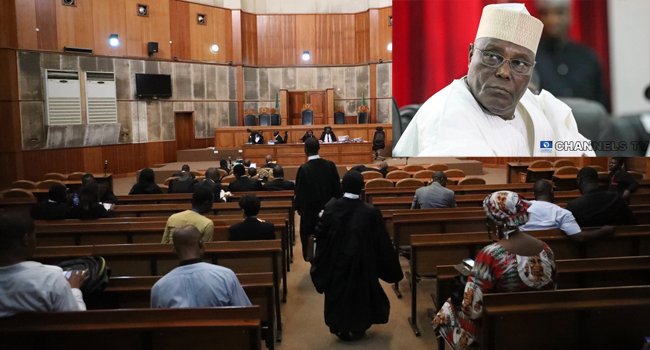 The Supreme Court has refused an application seeking to compel the Independent National Electoral Commission (INEC) to allow the Peoples Democratic Party to inspect its central server.

The court said the matter was still pending before the Court of Appeal.

The Supreme Court on Tuesday ruled that the PDP’s decision to approach the apex court “under the guise of requesting for fear hearing” had failed.

“Litigants should stop relying on the provision of fair hearing alone as it is not available to them just for the asking,” the court ruled.

The court said the law does not allow it to set aside a valid decision of the lower court, and decided that the reason adduced by the Court of Appeal in a previous decision against the inspection of the server was valid.

The PDP had asked the Supreme Court to compel INEC to allow them inspect its server after submitting that the commission had a central server.

The party argues that the server contains authentic results of the 2019 presidential election which it says its candidate, Atiku Abubakar, won.

The party approached the Court after the same request was refused by the Court of Appeal.

The appeal court had ruled that it would decide on PDP’s request along with the main matter which is its dispute of the election results.

The Court of Appeal said since issues had been joined by parties regarding the existence or nonexistence of the server, any decision taken by it would tend to suggest that it had taken a stand regarding the server.