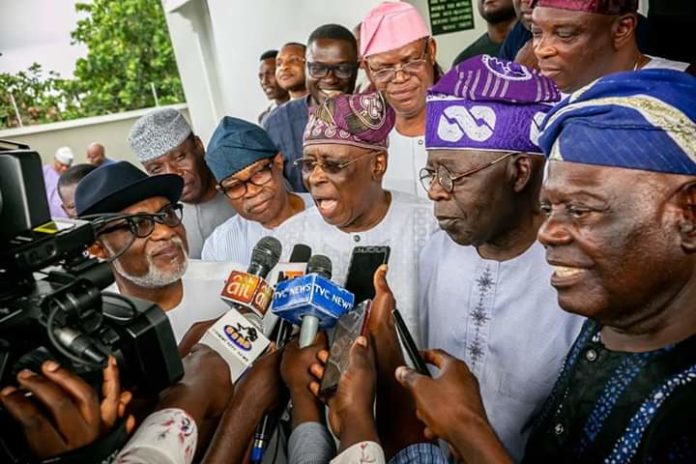 Northern youths under the auspices of United Northern Youth and Students (UNYS) have stated why former Lagos State governor and chieftain of the All Progressives Congress (APC), Asiwaju Bola Ahmed Tinubu, should be Nigeria’s President in 2023.

The group also condemned the call by Kaduna State Governor Nasir el-Rufai for the abolition of power rotation in the country.

Coordinator of the youth group, Comrade Jabir Maiturare, who addressed a press conference in Kaduna on Friday, said Tinubu has contributed immensely to the North politically, particularly his coordination of the South West for an overwhelming support that brought about the victory of President Muhammadu Buhari in 2015 as well as his re-election in 2019.

Maiturare said: “Let it be known that Asiwaju Ahmed Tinubu has not declared to contest for any position yet. Instead, he is solidly behind President Muhammadu Buhari and giving him the required support.

“In any case, whenever he seeks to contest for any position, including the presidency in 2023, we are ready to give him overwhelming support, and we therefore dissociate ourselves from such irresponsible act of some minority youth from the North.

“In the same vein, we wish to state categorically that Governor Nasir Ahmad el-Rufai’s statement against the zoning arrangement in place is uncalled for and should not be given any serious thought because he speaks only for himself and not for the North.”

The group noted that Tinubu has shown himself as a man of integrity and a party man to the core, whose efforts and contribution to the party has produced good results over time.