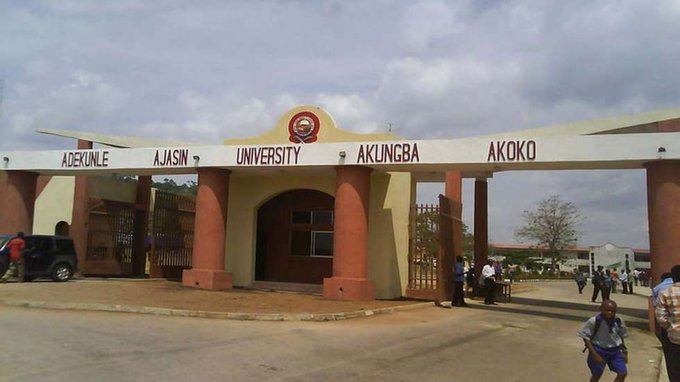 The Management of Adekunle Ajasin University, Akungba Akoko, Ondo State, has joined force with the Nigerian Police Force and vigilantes in the community to end the recent incessant robbery attack on a cross-section of its students who are residents off the University campus.

The Public Relations Officer of the University, Mr. Victor Akinpelumi, dropped the hint while briefing journalists today on the efforts being made by the University Management to tackle the incident.

Mr. Akinpelumi said, The AAUA Management received the report of armed robbery attack on its students that are living off campus, precisely around Medoline and Cele areas of Akungba Akoko.

The Management, had since, taken some bold steps to put a stop to the incessant attacks. Several meetings were held with the leadership of student body and the landlords in these two areas on how the challenge could be properly dealt with.

Apart from this, the University has also put in place, a Joint Patrol team, which comprises of the Nigeria Police Force, the Universitys security outfit, some paramilitary associations and local vigilantes to patrol these areas and also curb the areas and other areas students are being attacked.

The spokesperson for the University noted that the University Management would continue to put all necessary machineries in place to guarantee safety of lives and property of its students living on and off the University campus.

It would be recalled that the Student Union President, Samuel Adesomoju, had, via a letter, copies which were made available to the Ondo State Police Command, Commissioner of Police, Akungba Community Monarch and all media organizations, reported the incident to the University Management.