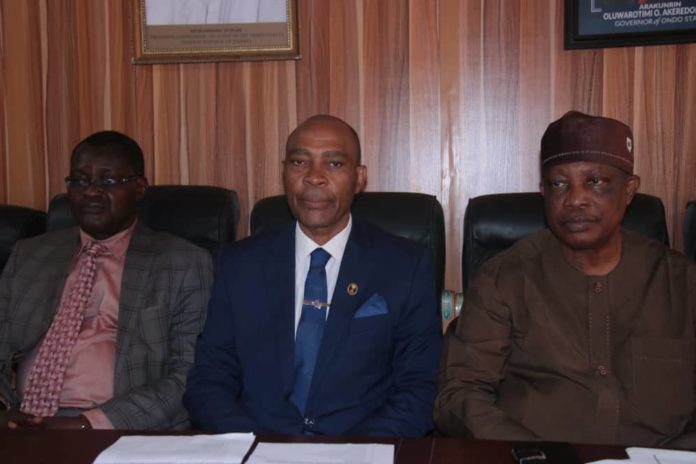 Towards improving the health indices of Women and Children in the state, Rotary International, under its Maternal and Child Health Quality Assurance Project has donated some essential Hospital Equipment and Drugs to five secondary facilities in the State.

While handing over the items to Dr. Wahab Adegbenro the Ondo State Commissioner for Health, the Project Contact Person, Dr Kola Owoka said the donation of equipment which is the fourth in the lifespan of the project,is part of the winding down activities of the project which started 2012 in the State.

Dr Owoka who said the Maternal Health Project started in 2005 with Family Health and repair of Fistula in Kano and Kaduna States was expanded in 2012 to include the FCT and Ondo State.

In 2016 ,Rotary International introduced an e-plateform in 8 States but it was eventually expanded to other States of the federation and Medical Record Officers and Health Management Information Officers were trained to upload on the plateform.

Also as part of strategy to strengthen the health system in Nigeria, Dr Owoka said Rotary International partnered the Federal and State Ministry of Health to support Maternal and Perinatal Surveillance and Response (MPDSR).

According to him, one of the area of collaboration include awareness campaigns on Maternal and Perinatal Mortality and this has brought about a significant reduction of 60 and 15% respectfully.

He highlighted some achievement of the project to include; collection of data from 10 hospitals, donation of essential equipments to some hospitals in the state which include Ultrasound Scan Machine, Delivery Beds, Caseren Section Kits, Fetal Doppler and Blood Pressure apparatus.

In his remark, the Commissioner for Health, Dr Wahab Adegbenro appreciated Rotary international for doing what in his words, the organization is known for.

By the donation of the equipments, the Commissioner said more lives will be saved while appealing to the organisation to help the state succeed with the Contributory Health scheme which is starting soon.

Earlier in his welcome remark, the Permanent Secretary of the Ministry of Health, Dr Dipo Durojaye who is also a Rotarian, said the Ministry had always had a robust relationship with the Rotary International and had enjoyed various largesse from them.

He pledged continued support and collaboration with them in the task of rendering humanitarian services to the State.

Responding on behalf of beneficiary secondary facilities in the state, Dr. Olawale Oguntuase of the General Hospital Ikare thanked them for the items donated and pledged on behalf of others that they will be judiciously utilised.