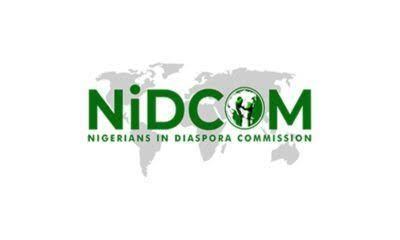 The Chairman/CEO of the Nigerians in Diaspora Commission (NIDCOM), Abike Dabiri-Erewa, says Nigerians returning from South Africa will receive sim cards with airtime worth N40,000 and 9GB of valid data for two months.

Mrs Dabiri-Erewa disclosed this on Wednesday in a statement through Gabriel Odu for Media Unit of the Commission, when she received the first batch of 187 Nigerians on-board an Air Peace Flight at the Murtala Muhammed Airport.

She also stated that returnees will receive transport stipend to convey them to their various destinations, as well as a soft loan from the Bank of Industry to support those interested in small trade and businesses.

Mrs Dabiri-Erewa added that a program of reintegration will be put in place subsequently. Also officials of the Bank of Industry were on hand to brief them.

Commending the Management of Air Peace for the kind gesture, the Chairman Hon Dabiri-Erewa said a total of 187 Nigerians were evacuated, amongst whom over 30 were children.

About 317 were initially billed to return on the flight which experienced over 15 hours delay by the South African authorities.

The development follows a directive from President Muhammadu Buhari to evacuate Nigerians in South Africa willing to return home due to renewed xenophobic uprisings.

The president gave the order after receiving the report of the special envoy whom he dispatched to South Africa over xenophobic attacks.

The Nigerian Returnees with joy and excitement at the reception they received on their return home, all got up to render the National Anthem thanking President Buhari, the Chairman of Air Peace as well as the Consul General in South Africa and the High Commission in Pretoria for their efforts in ensuring a successful return home to Nigeria.

The Chairman of Nigerians in Diaspora Commission Hon Abike Dabiri-Erewa therefore urged other Nigerians in South Africa to remain peaceful and good Ambassadors as the Federal Government is making firmer strategies for their safety and security in that country.

Meanwhile, arrangements for airlift of Second Batch of Nigerians from South Africa are underway.