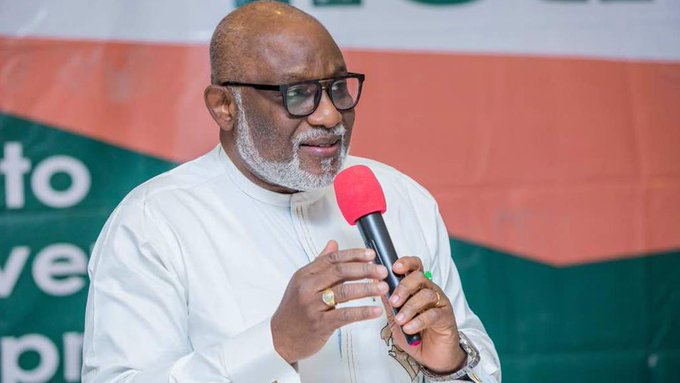 Kingmakers from Afin-Akoko in Akoko Northwest Local Government Area of Ondo state have appealed to Ondo State Government to hasten the selection process into the vacant stool of Alaafin in the town.

The kingmakers, under the umbrella of ‘Afin Opamesan’ headed by High Chief Adewumi Jimoh, during a press conference on Thursday in Ikare Akoko said the they had not being able to begin the selection process for the vacant stool because of delay on the part of the government.

The News Agency of Nigeria (NAN) reports that similar press conference was held on Oct.30, in Akure by Chairman of Afin Chieftaincy Committee,Hon. Demola Ijabiyi where he said Prince Abdul-Rahim Mustapha was the “Alafin-Elect”.

The stool of the Alafin of Afin-Akoko became vacant in 2006 after Oba Idris Oloruntegbe had joined his ancestors.

Since then, ten contestants had shown interest from Asigi Ruling House with Prince Abdulganiyu Adegboyega and Abdulrahim Mustafa as two leading candidates

Jimoh described the statement credited to Ijabiyi as an act that could cause unrest in Afin-Akoko, saying,” he is not a kingmakers and does not have the right to give such proclamation.”

The kingmakers begged Akeredolu to compel the state ministry of chiefancy affairs to immediately commence the process of selecting and approving new traditional ruler for the town.

He said the state government had already nullified a ‘kangaroo’ selection process of Nov.13, 2017, with a letter that appointed new warrant chiefs from the ministry of chiefancy affairs due on April 24,2018.

“This development has informed our decision while awaiting letter to commence the selection process, we begin to expand the scope of our traditional oracle findings and prayers as a means to choose a candidate for selection.

“Therefore, since 2017 till now, we are yet to pronounce anyone as Alafin-elect by Ifa (Oracle).

“As a result, the pronouncement by ljabiyi through his organised press conference at Akure on Oct. 30, on Abdul-Rahim Mustafa as ‘Alafin elect’ is not only an abuse on our traditions but it portends grave implications on our society,” he said.

The Kingmakers alleged that Hon Ijabiyi’s committee was being used by Hon Rashidi Badmus (the State Commissioner for Physical Planning & Urban Development), to cause unrest in the town, appealing to Governor Akeredolu to call Badmus to order before he set the town on fire.

“His (Ijabiyi) dream about annulled November 13, 2017 Alafin selection process to be reverted is a nullity as both we (the Afin kingmakers) and all the nine aspirants including entire Asigi Ruling House families are vehemently opposed to it.

“We the Afin Opamesan Kingmakers/Asigi Ruling House families including all the ten aspirants to Alafin vacant stool are highly peaceful and co-existing peacefully,even with the rest of the communities.

“Hon Rashidi Badmus, Commissioner for Urban Planning and Hon ljabiyi’s actions on chieftaincy issue should be curtailed so as not to ignite violence in Afin by the government.

“We implore His Excellency, to direct Afin selection process to be as transparent as it was in Owo, and other areas in the state,” he said.(NAN)