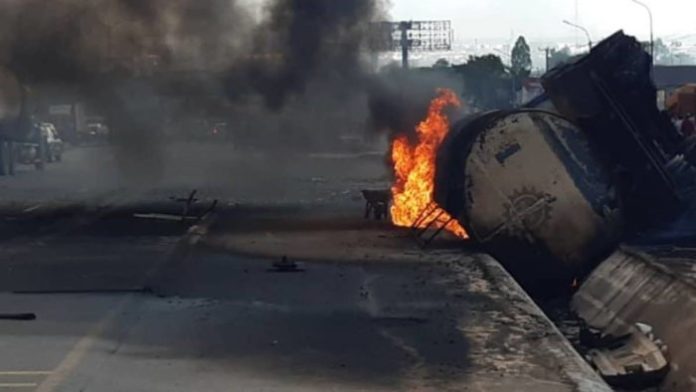 The Ondo State Police Command, on Thursday, said that about 10 people have been arrested by the command over the protest and setting ablaze of the church, Sotitobire Miracle Church in Akure, where a one-year-old boy got missing.

The State Police Public Relations Officer (PPRO) Femi Joseph, who disclosed this in Akure, Ondo state capital, while speaking with newsmen confirmed the death of a Police Officer and two civilians during the protest while he said another Police officer was critically injured.

He said the State Police Command has commenced an investigation to bring other culprits who participated in the crime to book.

Joseph said “Investigation is ongoing and I can assure you that any person linked with the incident won’t be spared.

“Yesterday, we were able to arrest 10 persons and they are in our custody.

“We also intercepted a vehicle and recovered some of the properties looted from the pastor’s house.

The police were able to protect the pastor’s house from been set ablaze but some of his properties were looted and some of his cars were damaged but the cars have been moved to state CID”.

The Commissioner appealed to residents of Akure to be law-abiding, urging them to detach themselves from any unlawful act capable of putting them in trouble.

It will be recalled that pandemonium broke out in Akure on Wednesday as angry mob torched the church over the alleged discovery of human parts on the church’s altar, an allegation denied by the force PPRO.