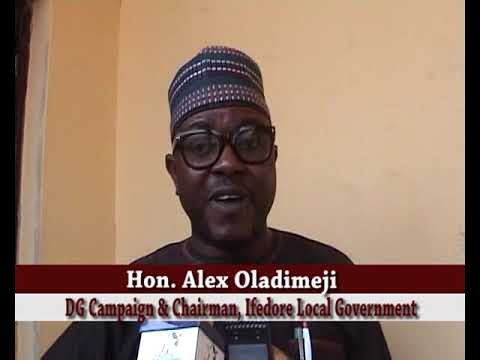 The Chairman, Ifedore Local Government Area of Ondo State, Hon. Alex Oladimeji has commenced the construction of drainage on the roads badly affected by rainfall in the council.

Mr Oladimeji, an Engineer disclosed this on the sidelines of the ongoing construction of drainage which commenced with 400 metres, adding that the exercise would be a continuous one before the raining season starts.

The ALGON Chairman also noted that the construction will make the roads accessible particularly to farmers and traders in the council.

He assured the people of Ifedore that the construction will be continuum as there won’t be any stone left unturned towards achieving a greater council area.

“Roads construction is a core mandate of this administration and we want to assured our people that they won’t get anything less than the best.

“You know our people are mostly agrarian and when rain starts, those roads won’t accessible, hence, we need to act fast in order to protect their interest,” he said.