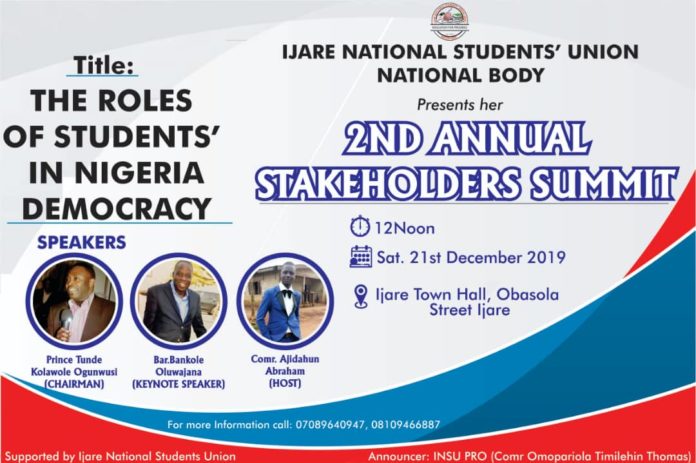 The Chief Executive Officer of Yestak Honey and Milk International Services and the APC National Vice Chairman (South-west), Pastor Bankole Oluwajana are among the personalities expected at this year’s annual stakeholders summit organised by the Ijare National Students’ Union (INSU).

The event according to the president of the body, Abraham Ajidahun will hold on Saturday, 21st December, 2019 at Ijare town hall by 12 noon.

The event, the second of its kind will feature among other pprogrammes, secondary school quiz; football game between INSU executives and INSU stakeholders and Youth development symposium.

The title of this year’s edition is “the roles of students in Nigeria democracy”.

INSU is the apex body of all students of Ijare origin in Nigeria and diaspora.