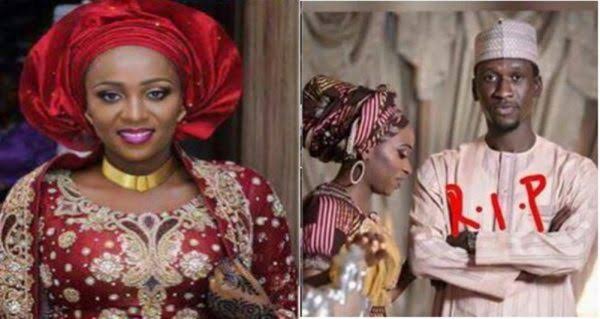 A High Court of the Federal Capital Territory (FCT) in Maitama has sentenced Mariam Sanda, the mother of two to death by hanging for the murder of her husband, Biliaminu Bello Haliru in their Abuja home on November 19, 2017.

Justice Yusuf Haliru, in a judgment on Monday, said having been convicted for killing her husband, she should be hanged until she dies.

Justice Haliru said, the defendant, who wailed all through the sentencing part of the proceedings, be remanded in Suleja prisons pending when the court’s judgment is executed.

The judge held that the prosecution proved that the defendant killed her husband by stabbing him and tried to conceal her action by claiming he fell on a broken bottle.

Justice Haliru noted that, from evidence led, it became obvious that disagreement broke out between husband and wife when the defendant said she saw a nude picture of a female in her husband’s phone when she wanted to use it.

At the pronouncement of the judge, the proceedings of the court was disrupted when the defendant’s mother and siblings, who were in court reacted by shouting.

Reports say the defendant attempted to flee the courtroom through an exit door close to the dock, but was held back by security agents.