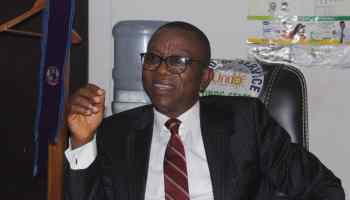 Ondo State Head of Service, Mr Dare Aragbaiye has assured Public Servants in the state that none of them would be retrenched as a result of the implementation of the #30,000.00 new minimum wage.

The Head of Service, who gave the assurance while featuring on a Radio Personality programme tagged “Guest of the Week” said this is part of the agreement reached between the Organised Labour and the State Government as a result of the fact that the agreement was signed based on the economic realities in the state and the ability of the state government sustain payment of salaries and allowances as at when due.

Mr Aragbaiye also assured the Workers that Governor Akeredolu is committed to the payment of the remaining outstanding salaries owed by the immediate past administration and the arrears of leave bonus for 2018 and 2019, while Pensioners in the state would begin to enjoy implementation of the 33% basic Pension increase with effect from January, 2020.

He enjoined all Workers to rededicate themselves to the service of the government and the people of the state to justify the implementation of the new minimum wage as well as cooperate with the state government to block all possible leakages in the government finances so that government would meet its obligations to them.