Precision
Home News What Parents Say About JAMB’s New Directive On ‘No NIN, No Registration’ 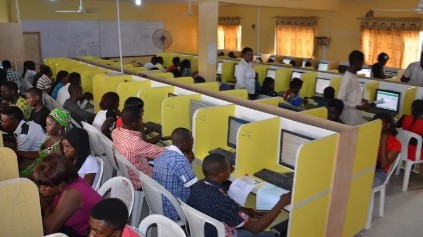 Parents have expressed joy over the suspension of the use of the National Identity Number as a prerequisite for the registration of Joint Admission and Matriculations Examination, JAMB, by the examination body.

Some of the Parents who made their views known during in an interviewed described the exercise as hectic and an unnecessary considering the suffering which they had been battling with for the past months.

Many are of the view that such should not be used as a means of identity for Nigerians since it was open for all residents whether Nigerians or Non-Nigerians.

One of the parents however advocated for the use of indigenship certificates as a means of identity for Nigerians from their various communities.

He also appealed to government to as a matter or urgency open more NIMC office particularly at the rural areas if they intend to use the NIN number for registration in the nearest future.

He also advised that the centers should be properly equiped with enough materials to avaoid extortion of prospective members of the public under the guise of fueling NIMC generators, buying printing papers or Ink.