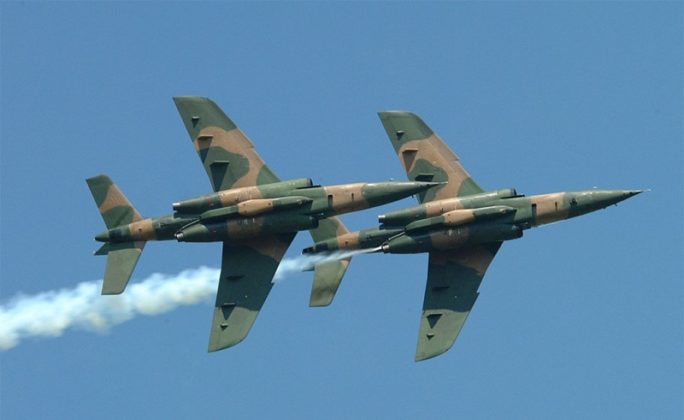 Some key leaders of the terror group, the Islamic State of West African Province (ISWAP), have been killed in an air bombardment of their meeting venue by Nigerian Air Force fighter jets.

The Air Task Force (ATF) of Operation LAFIYA DOLE, under the auspices of Operation RATTLE SNAKE 3, routed the terrorists at Jubillaram and Alinwa in the Northern part of Borno State, as they assembled for meetings at the two locations.

The Director of Public Relations and Information, Nigerian Air Force, Commodore Ibikunle Daramola, said yesterday that the mission was “executed on the heels of credible intelligence reports indicating that some key ISWAP leaders had assembled for meetings, which were being held simultaneously at two separate venues, Jubillaram and Alinwa in Marte Local Government Area.

“Accordingly, the ATF scrambled its attack aircraft to engage locations, damaging the meeting venues and neutralising the terrorists.

“The NAF, operating in concert with surface forces, will sustain its air campaign to shape the battle space in the Northeast for the effective conduct of further ground and air operations.”