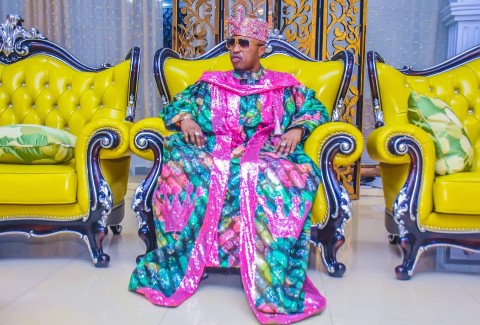 The Oluwo of Iwoland, Oba Abdulrosheed Adewale Akanbi, on Monday explained his own side of the matter involving him and the Agbowu of Ogbaagba, Oba Dhrikulahi Akinropo.

The Oluwo also broke his silence over his frosty relationship with some traditional rulers in Iwo, Ola-Oluwa and Ayedire local governments of Osun State comprising Iwoland.

In a statement signed by him, he asked his critics to leave him to God and stop judging him on the social media.

The Oluwo said Nigerians, outside Iwoland, are ignorant of the true situation of things and the hardship some monarchs in their domains are inflicting on their subjects.

He said: “For those, who care to know the background to the Ologbagba’s arrogant attitude at the AIG zone 11 peace meeting, I have decided to break my silence.

What played out at that peace meeting was a gang up to twist my hands backward and prevent me from defending these poor people they have continued to oppress with impunity.

It was a case of the oppressor fighting back against the defender of the oppressed, their victims. During the meeting, the Ologbagba tried to play out their orchestrated plan when he tried to poke his walking stick in my eyes and I quickly responded to prevent him from achieving their plan to turn me to a blind king.”

The first-class traditional ruler lamented that many of “these monarchs are lording themselves over their subjects,” taking their family lands and selling their inheritance with impunity.

He said: “They have gone as far as arresting and imprisoning anyone in these families, who tried to obstruct them from selling their heritage.”

The Oluwo said that his palace had been inundated with complaints of how their innocent subjects are sent to prison “because these monarchs do influence cases against their people through their accomplices.” (Text from the Nation)