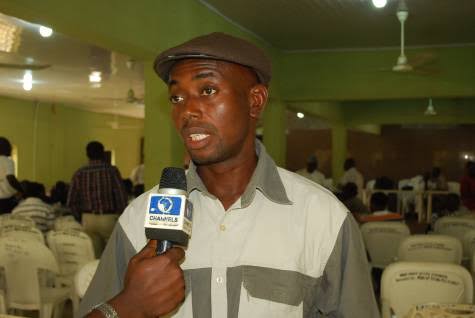 I am constrained to respond to the above subject matter, given the associated possibilities to mislead members of the public, and attain a credence meant to massage the ego of the actors who desperately and hurriedly cooked the alleged suspension. Initially, my decision not to glorify this perfidy with a response was further reinforced by the well-thought out and beautifully presented arguments and opinions on the matter, by veritable individuals who are knowledgeable about the characterization of ASUU-AAUA as well as the University itself. Having being privileged to lead ASUU-AAUA for five years, and engaged constructively and effectively in the activities of ASUU at both zonal and national levels, I religiously learnt that the “principles” for which the Union thrives are anchored on “nothing but the truth”.

This unique experience in Union activities placed on me the responsibility of offering leadership in the branch, which I assumed very courageously until December 18th 2019, when the Dr. Simon Ehiabhi leadership of ASUU-AAUA went to recession in the push for members outstanding salaries, and on sycophantic overdrive of praise-singing for the outing Vice Chancellor, as a result of the employment of his wife into the services of the University in a mostly unclear manner.

Necessity forced me to take on Simon Ehiabhi and his cohorts, with a desire that they would be returned to the track of collective interest as against hankering for personal aggrandizement, which has become the hallmark of precipitating the notion of “father, mother and children”, in accessing promotion, opportunities and employment in our dear University.

Rather than respond to the allegations I raised against the compromised and morally deficient Simon Ehiabhi-led leadership, the said Simon Ehiabhi and his opportunistic co-travelers resorted to both subtle and overt threats to lives, to muster a climate of fear for the muting of members constructive opinions, which culminated in my being denied a space to air my views at a congress of the Union held on Wednesday 22nd January, 2020, with Simon Ehiabhi walking me out of the meeting.

Based on this underserved provocation, and after due consultations with very critical stakeholders, and the lackluster approach of the leadership of the Union at the zone to mitigate this palpable retrogression, in accordance with my constitutional right to freely associate, and in line with the procedure operational in the University, I withdrew my membership of ASUU, with effect from February 2020, via a letter dated 5th February, 2020, sent to the Acting Vice Chancellor, the Acting Registrar and the Bursar. It is, therefore, very preposterous, intellectually lazy and strategically deficient that a set of desperate individuals would, through the backdoor, claimed to have suspended an individual who left the Union a month earlier, at a poorly attended Congress meeting held on March 4th, 2020.

While I have chosen to respond to this misguided attempt to score a cheap point by the brigade of perennial election losers, haters of Busuyi Mekusi and morally warped attention and privilege seekers, it is evident that events in the coming days, weeks and months would see the owners of the Union taking good ownership of it, to prevent a further merchandise of collective interests for personal enhancement.
Notwithstanding the brutish attempts by these vultures to intimidate me, they should be rest assured of my courageous commitment to truth, and a better system, where the interests of all stand far and above mere tokenism, group or cabal affiliation and pedestrian considerations.