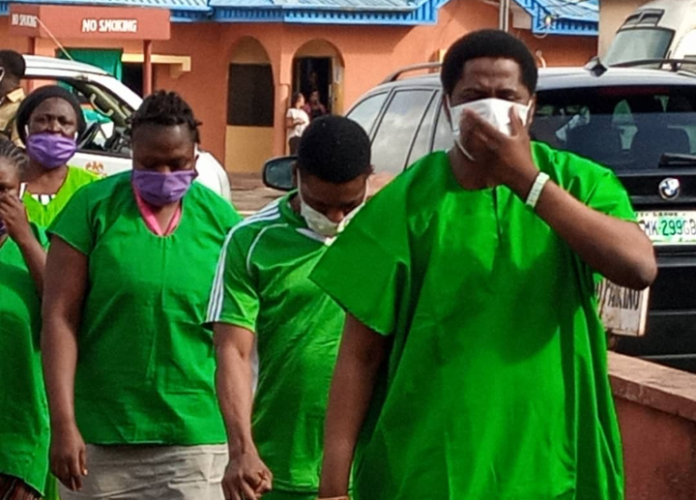 The founder of Sotitobire Praising Chapel, Babatunde Alfa, on Thursday opened his defence in his ongoing trial at an Ondo High Court in Akure over the disappearance of one-year-old Gold Kolawole in the church last year.

Counsel to Alfa, Olusola Oke, announced to the court that 20 witnesses will give testimony for him and six other defendants to absolve them of complicity in the disappearance of the missing boy.

Meanwhile the lead prosecutor and Commissioner for Justice in Ondo State, Adekola Olawoye SAN, said the prosecution will not tolerate any attempt by the defence to delay the court proceedings.

The first witness to give testimony was Evangelist Bisola Alfa, the Prophet’s wife who said her husband showed concern and took action to find the missing boy before he became a guest of the DSS contrary to insinuations.

Also, while being cross examined, Bisola said her husband never told her he suspected anybody of complicity in the case but a statement by the prophet already tendered as exhibit noted he suspected the 4th defendant, Grace Ogunjobi of a foul play in the incident.

The second witness was a pastor in the church, Oluwasiji Olaniyi said they all prayed in the church overnight the day the baby got missing.

Oluwasiji said the following day, Prophet Alfa confronted Gold’s father and accused him of knowing the whereabouts of his son which made his wife flare up and vowed to stab him if he does not produce the toddler.

The case has been adjourned to Monday for continuation of defence.