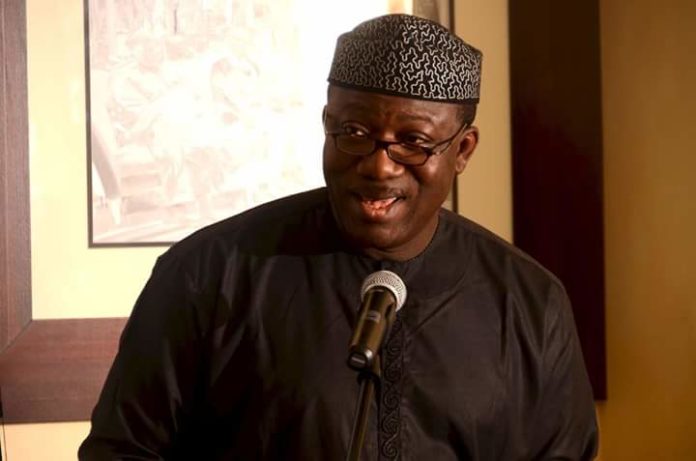 …Urges Gov. Fayemi To Pay Up Backlog Of Arrears

Pensioners in the service of Olomilua University of Science and Technology formerly known as College Of Education, Ikere Ekiti in the last 27 years have cried out over unpaid entitlements.

They disclosed that about 150 pensioners have died over the period as they were unable to take care of their health challenges.

A statement made public to newsmen by Mr. F. O. Ogunbayo on behalf of the retirees, stated that majority of the retirees are still living between the age of 75 & 85 and that successive governments since 1994 have had no concrete plans to pay the pensioners’ entitlements.

“Government to government since 1993, there were no concrete plans to pay pensioners entitlements except the attempts made by Governor Fayemi during his first term in office which could not be fulfilled because he lost the governorship elections to Fayose.

“This is the time for Governor Fayemi to concretize his plans of 2013”, he added.

Mr. Ogunbayo who observed that a case was filed at the National Industrial Court, Akure on June 13, 2018 for the payment of pensions and salaries arrears from 1993 to 2015 to the tune of One Billion, Thirty Nine Million, Nine Hundred and Nineteen Thousand, Eight Hundred and Fourteen Naira, Twenty Five kobo only.

He added that the court judgment titled “Consent Judgment” dated November 11, 2020, and delivered by Hon. Justice K. D. Damulak, mandated the Ekiti State Government to pay up the total sum.

While noting the implication of the judgment in the face of the recent upgrade of the college to a University to indirectly mean the non-existence of the college, Mr. Ogunbayo urged the state government to take it up as its responsibility to pay the total sum notwithstanding the court judgment, stressing that every retirees from 1993-Oct 2020 should be paid their entitlements in order to avoid sudden deaths.