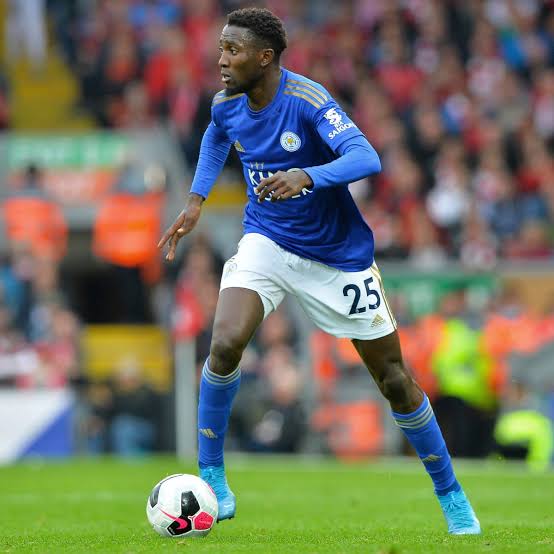 Hargreaves said as much after watching Ndidi marshalled the defense line of Leicester City in their recent 2-2 draw against Manchester United , adding the Nigerian who has been central to the Foxes’ recent success, has world-class defensive qualities.

Ndidi , according to Hargreaves in an interview with manchestereveningnews.com, has showcased what he could bring to this United side.

He said: “That’s one player (Ndidi) – look at the impact he’s made. If they could get one or two more of those types of players. Liverpool did it with Alisson and Van Dijk. It’s not quantity, it’s quality. Bruno has been nothing but quality since he’s arrived.”

Meanwhile, in the statistics of the tie, the tabloid claimed: “Ndidi made seven tackles against United and was more than any other player on the field. His defensive contribution also led to Leicester’s equaliser. He was quick to close down Bruno Fernandes as United looked to counter and denied the Portuguese from playing the ball through his legs. Leicester would score through Harvey Barnes from the subsequent attack.

“Ndidi would be the perfect successor for Matic and allow Fernandes the licence to create and feed United’s attackers. At 24, he is still improving yet is proven in the Premier League,” the paper wrote.