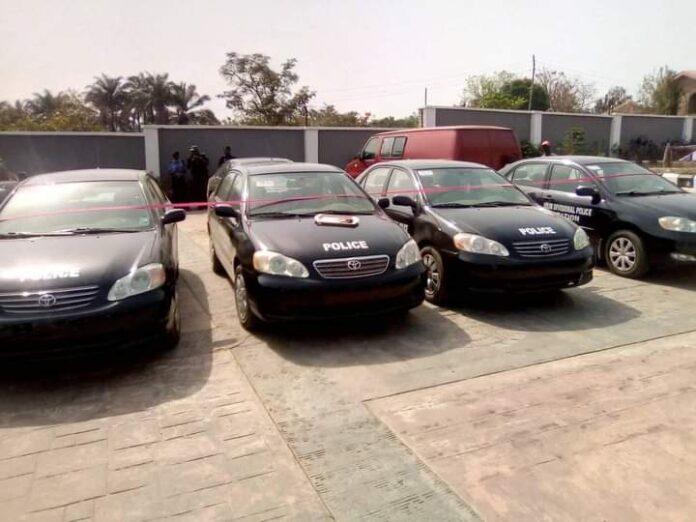 The Ondo State Commissioner of Police, Bolaji Salami, has commended  the federal lawmaker representing Akoko North East/North West Federal Constituency, Hon. Olubunmi Tunji-Ojo, for his efforts in the fight against insecurity in the area.

Salami spoke in Okeagbe Akoko at the official presentation of four patrol vehicles facilitated to all the divisional police stations, including Okeagbe Akoko, Ogbagi Akoko, Irun Akoko and Ikare Akoko, in the two local government areas of the Constituency.

Acknowledging receipt of the vehicles, he assured that the vehicles would be used for the purpose for which they were facilitated.

He congratulated the people of the area for having a federal lawmaker who is offering responsive and effective representation.

Salami said, “I appreciate the donor for this gesture, it will go a long way in complementing efforts of men of the Nigeria police force to curb crime in this area”

Tunji-ojo represented by his legislative aide, Thalis Apalowo decried the spate of insecurity in the council areas adding that more benefits are in the offing for members of his constituency.

The presentation ceremony was attended by leaders and traditional rulers from the two Council Areas including Olukare of Ikare Akoko, Oba Akadiri Momoh, who is also the chairman, Conference of Obas in Akoko North East; the Akala of Ikaram and also the Chairman Conference of Obas, Akoko North West, Oba Andrew Momodu; Zaki of Arigidi, Oba Yisa Olanipekun, Owa of Ogbagi, Oba Victor Adetona.

The mother to the lawmaker, Mrs Yinka Tunji-ojo, was also at the event.

Also in attendance were the two council chairmen in the Federal Constituency including Elder Ayodele Akande for Akoko North West and Hon. Asimiyu Omojola for Akoko North East.

Tunji-ojo had  earlier facilitated a high level stakeholders meeting on insecurity in the area as well as provided grants to Iyalojas in the two council areas.