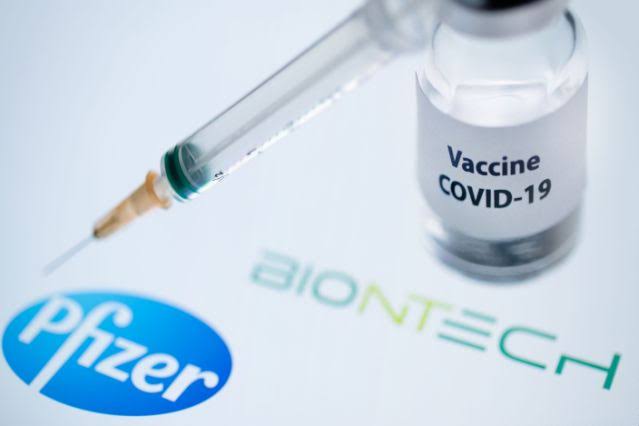 The regulators however said that those with a history of strong allergic reactions should not take the Pfizer vaccine for now.

The Pfizer/BioNtech vaccine was first admitted in the UK on Tuesday after approval by the authorities.

National Health Service medical director Stephen Powis said the advice had been changed as a precaution after two NHS workers reported anaphylactoid reactions from the vaccine.

Medicines and Healthcare Products Regulatory Agency (MHRA), Chief Executive, June Raine told lawmakers such allergic reactions had not been a feature of the Pfizer’s clinical trials.

Pfizer has said people with a history of severe adverse allergic reactions to vaccines or the candidate’s ingredients were excluded from their late stage trials, which is reflected in the MHRA’s emergency approval protocol.

However, the allergic reactions may have been caused by a component of Pfizer’s vaccine called polyethylene glycol, or PEG, which helps stabilise the shot and is not in other types of vaccines.