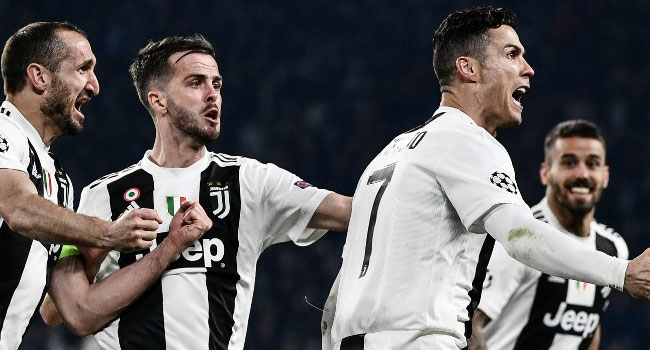 Cristiano Ronaldo has overtaken Brazilian legend Pele to become the second-highest ‘goalscorer of all time’ (GOAT).

Ronaldo achieve this feat after netting twice for Juventus in a Serie A match against Udinese on Sunday.

The Portuguese forward scored his 757th and 758th goal in either half of a 4-1 win as he became the second highest goalscorer pushing Pele (757) down to the third spot.

Ronaldo has now scored 758 goals for club and country with majority of them coming during a trophy-laden career with Real Madrid. He has scored 656 club goals with 450 of them for Real between 2009 and 2018.

At the international level, the Portuguese has 102 goals in 120 appearances and he’s just seven goals behind all-time leader Ali Daei of Iran.

Ronaldo, 35, is now just a goal behind the all-time record tally of Josef Bican (759) and draw level as early as on Wednesday when Juventus visit AC Milan for a Serie A match.

Lionel Messi trails him by 16 goals although the Barcelona superstar has played 200 fewer matches than the former Manchester United forward.

Pele scored 757 goals for Brazil, Santos and New York Cosmos between 1956 and 1977. Recently, Messi broke his record for the most goals for a single club – 644. Although Santos disputed the claim saying Pele scored a whopping 1,091 goals for them. (Additional report from India.com)