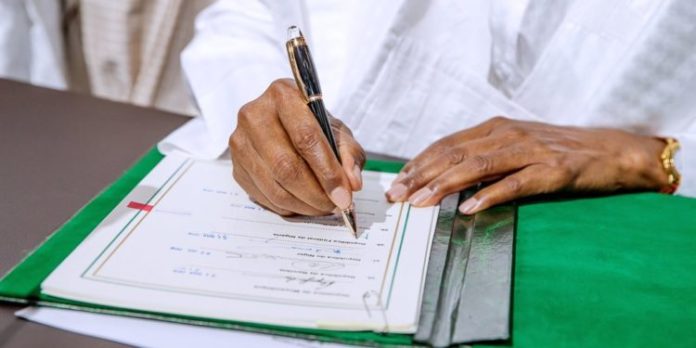 The President signed the 2021 budget in Aso Rock Presidential Villa, Abuja, five days after the bill was transmitted to him by the National Assembly.

The National Assembly also provided the sum of N3,324,380,000 trillion for debt servicing.