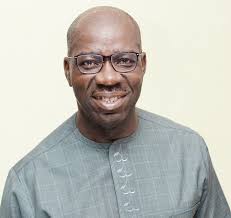 The alleged certificate forgery suit brought against Governor Godwin Obaseki of Edo State by the All Progressives Congress (APC) and one of its members, Edobor Williams has dismissed by a federal high court in Abuja

Justice Ahmed Mohammed, in a judgment on Saturday held that the plaintiffs failed to prove their claims that Obaseki forged the academic certificates that he submitted to the Independent National Electoral Commission (INEC) before the last governorship election in the state.

The judge found as lazy, the attitude of the plaintiffs, who did no make any efforts to cross-check from the University of Ibadan (UI) and the West African Examination Council (WAEC), the two institutions that issued the certificates they claimed Obaseki forged.

The Precision NG reports that Obaseki defected to the opposition PDP while seeking reelection in 2020 after the APC screened him out of the primaries.

He defeated Osagie Ize-Iyamu of the APC.