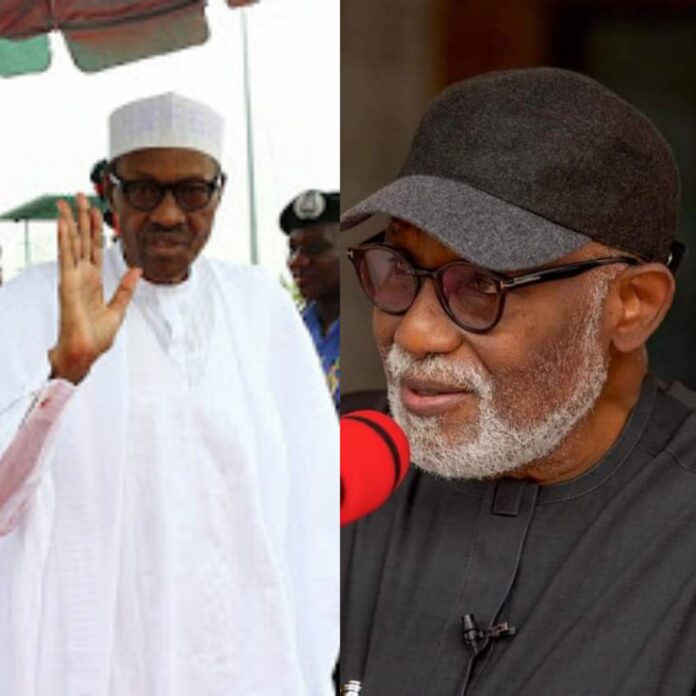 The Diamond Group says it came as a rude shock to the generality of peace loving Nigerians that Mr. Garba Shehu, the Senior Special Assistant, Media and Publicity, to President Muhammadu Buhari, will issue a statement purportedly on behalf of his Principal, to counter the directive of Governor Rotimi Akeredolu for undocumented herders to vacate the Forest Reserve of Ondo State.

The Diamond Group, an advocacy group based in Ondo state reminded the president that the state is not a conquered one.

Toyyib Musa-Omoloja in a statement on behalf of the group on Thursday added that it found incredible that such press release emanated from the Presidency as the controversial statement reeks of hegemony and imperialism, all of which are antithetical to the flourishing of a truly federal state.

“At the heart of the issue are constitutionalism, morality and justice. On each of this triad, Governor Akeredolu was right in his directive to undocumented herders to vacate the Forest Reserve of Ondo State.

“Constitutionally, our grundnorm vests the power to allocate land for any purposes in the Governor of any state in the federation, and the forest reserve of any state in particular can only be administered through the government or its proxies or agents.

“The Governor will also be morally compromised if he refuses to respond to the distress of his citizens who are groaning under the unlawful occupation of Fulani herders whose pastime have suddenly become kidnapping, rape and sundry criminalities.

“This is the same way it contradicts natural justice to upbraid the Chief Security Officer of a state for doing that which he was elected to do.

“Security of life and property remains an integral part of the raison detre for the existence of government. When this cardinal element (security) is grossly threatened, the Governor is duty bound to rise to the occasion through any legal devise that will solve such existential challenge.

Diamond Group then urged the Federal Government to, as a matter of urgency, deal decisively with the insecurity in the country by doing the needful and desisting from treating with kid gloves Fulani herders, Boko Haram and sundry other criminal groups that are turning Nigeria to a hell on earth for the citizens.