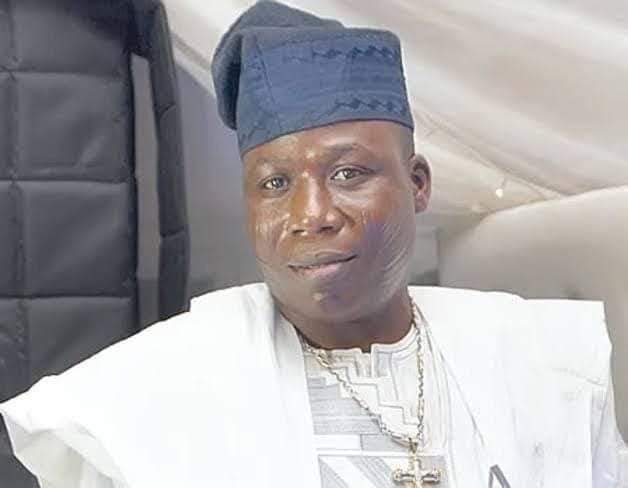 I do not need to bother you on the age-long agenda of the Fulani oligarchy which is aimed at foisting and registering its leadership and authority over every piece of land in Nigeria.

Whenever they met a temporary brick wall in the form of resistance by the people, they retreated to re-strategize. The retreat may take some years in order to solidify their strategy of advancing towards the enemies’ territory.

Over the years, they have systematically developed new strategies that can meet and prosecute a 21st century warfare. They have developed guerrilla army under the Boko Haram Insurgency Initiatives to such levels that the Boko Haram Insurgents can boldly waylay the convoy of a sitting governor with a retinue of armed security personnel as well as overrunning a military base with little or no resistance.

They have successfully taken over the security architecture of the country with all the sensitive security departments solidly in the hands and under the control of Northern Muslims. And that by implication, means that they have gained unfettered access to the Nation’s artillery base.

Need I remind you of the Entry-before-visa policy of the Federal Government which had resulted in the massive entry, flooding and recruitment of aliens of Fulani extraction from the African sub region for this singular purpose of a predetermined agenda to conquer the land of Nigeria? Majority of those occupying and terrorizing our land have been largely suspected to be non-Nigerian Fulanis.

The question now is:

How prepared is the South West region in the face of this clear threat to the well being of a people?

Yes, I appreciate the courage of the Ondo State Governor Arakunrin Rotimi Akeredolu for at least, issuing a statement to the effect that the Fulani herdmen should vacate the State’s forest reserve which they are occupying illegally. But again, I must say that the matter at hand needs more than fire brigade approach that is currently being experimented. It demands strong political will to truly drive these spies out of our land rather than issuing a political statement.

I guessed the governor took note of the alacrity, the temerity and the presumptuousness of the Pro-Fulani Presidency coming out in the full glare of the public, to give unwavering support for the dare-devil elements. That probably, could have been the reason that the governor is technically making a volte-face on the eviction order. The music is already changing and it is visible to those who can see beyond their nose.

After a meeting at the instance of the Nigerian Governors’ Forum in Ondo State, the herdsmen were appeased and appealed to, so that they can commence the registration of their members who wish to occupy the Forest Reserves. Whether such forced registration exercise would do the magic of forestalling further unleashing of terror on the good people of Ondo State, is another story for another day.

But the question here again is:

Did the governor need to issue an eviction order so as to force the herdsmen to register or, the order was validly and clearly made by virtue of the security reports gathered over the time which pointed to the herdsmen’s direction as the ones aiding and abetting the criminal elements?

If the latter reason is anything to go by, wouldn’t it have been proper for the governor to insist that the herdsmen be flushed out of the forest first and come in the nearest future for the registration?

Has the power vested in the Executive Governor as the Chief Security Officer of his State not been eroded by such compromise?

Angered by the incessant kidnapping, maiming and killing of his people, Sunday Adeyemo popularly known as Sunday Igboho led his team to the herder’s den and torched few old rickety buildings belonging to the Fulani herdmen, so as to register their displeasure and discontentment against the nefarious and notorious activities of the violence-loving herdsmen.

I sympathize with Sunday Igboho and really shared his feeling of agony over the unprovoked attacks on his people, nay the Yoruba nation by the cantankerous Fulani herdsmen. His action could be an option for a people who had been unjustly traumatized by some restless marauders. But the Scripture says something instructive in Luke 14:31-32:

“Or what king, going to make war against another king, sitteth not down first, and consulteth whether he be able with ten thousand to meet him with him that cometh against him with twenty thousand?. Or else while the other one is yet a great way off, he sendeth an ambassage, and desireth conditions of peace”.

I had earlier highlighted some of the major strategies of the Fulani herdmen and their pro-fulani presidency on their level of preparation for the prosecution of this ill-motivated battle.

The questions I will ask here again are:

What arrangements had Sunday Igboho and his team made already, to checkmate any reprisal attacks that may be unleashed on his people?

Did he have well trained army whether traditional or spiritual or physical, that are combat ready to lock horns with these unrepentant and unapologetic insurgents when and if the need arises?

How potent, viable and formidable are his platforms?

Did he count the cost of damage, loss or injury that may be inflicted upon his people when comparing the tattered, rickety, almost uninhabitable buildings he had destroyed to the well-planned, architecturally designed and aesthetically furnished edifices owned by his people?

How wise or reasonable is it for someone to trigger off a battle that is not well stratified just to show to the public that he also can do something?

For goodness sake, this battle is not for showmanship, otherwise, one may be inadvertently but fatally and eternally endangering a people one seeks to protect.

When the governor of Ondo State issued his eviction order, I chuckled because I knew that this battle needs more than fire brigade approach for it to be victoriously prosecuted. I pondered in my heart if the governor had carefully analysed the situation and had developed the political will to stand by his convictions.

Invariably, events in the last twenty four hours have shown that he did not count the cost before throwing his hat into the ring. He is being overpowered now and muzzled to make a dramatic U-turn. That is the consequence of an agenda that lacks strategic planning and stratification!

I am not going to dwell much on the volte-face made by the governor. At least, he had made a move considered to be in the interest of his people. In Yoruba parlance, it is often said that “Eni t’o kan ori mo’le gbuyanju iku”. Meaning that someone who attempts to take his own life by hitting his head on the ground, has really tried. The governor had tried even though he did not prepare for the sustenance and compliance with the eviction order.

On the final analysis, I have a word for our leaders who feigned ignorance to the effect that they are collaborating with the adversaries to tie their people down for eventual handover to the enemies. They have kept morbid silence in the face of these hottest provocations because of their blind ambition to rule. They certainly, will not escape the attendant dire consequences!

How do I know this?

There was a similar scenario in Shushan where Haman had wilfully secured a draconian decree under the seal of king Ahasuerus, and it was designed to wipe off Mordecai and entire Jews in Shushan.

When Mordecai got wind of this evil plot, he sent a message to Esther, her cousin who was already a queen in the Shushan palace of king Ahasuerus, to take urgent steps to avert the imminent mass destruction of her people in Shushan. But queen Esther sent words back to Mordecai chronicling a long list of reasons why she might not be able to do anything to help in the circumstance.

Then again, Mordecai had to send another strongly worded message to Esther as follows: “Think not with thyself that thou shalt escape in the king’s house, more than all the Jews”. In other words, Mordecai made Esther to realize that she was even the eventual target of the plot by Haman and his cohorts who did not feel comfortable with her, being a stranger, occupying the position of a queen in the palace.

It was at this stage that Esther woke up from her slumber and took very decisive actions that saw the Jews being freed from untimely and unwarranted deaths.

How these leaders who keep dangerous mum because of their blind ambition, will find the opportunity to rule after their territorial conquest, remains a very big puzzle for me to unravel. I am yet to see where and how a conquered slave can have a voice in a kingdom!

It is my fervent hope that the leaders would wake up from their slumber and devise time-tested strategies which can permanently stave off this predetermined and premeditated agenda to conquer their people by these ever rapacious fulani oligarchy rather than this fire brigade approach which cannot stand the test of time.

Truly, this battle needs more than the current fire brigade approach for a desired victorious result.