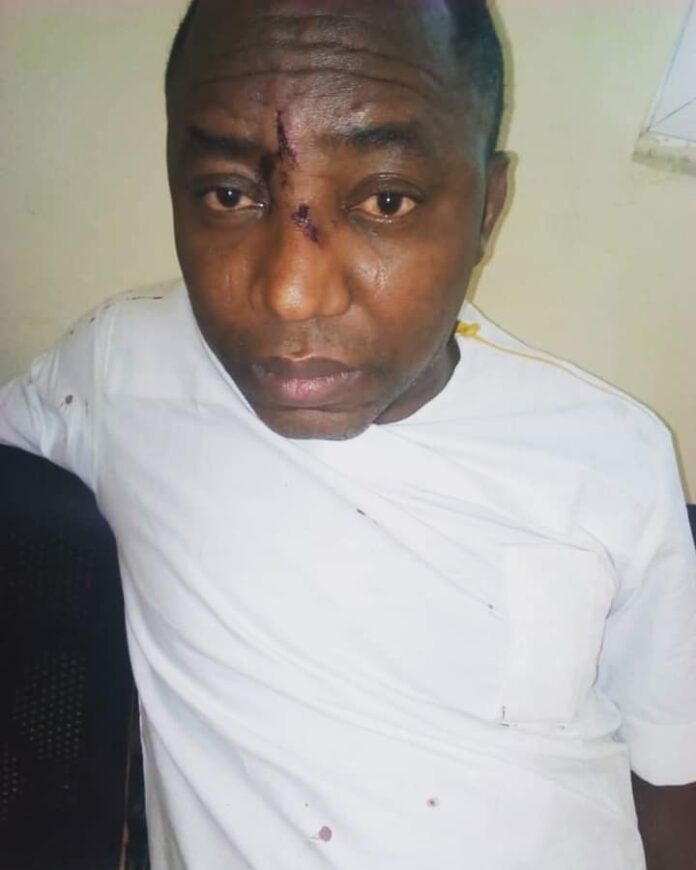 Convener of the #RevolutionNow Movement, Omoyele Sowore was on Friday arrested for leading a “crossover protest” in Abuja.

Sowore and other activists had held a procession to mark the New Year.

According to witnesses, they were almost done with the procession when security operatives rounded them up, and many were brutalised in the process.

A source reportedly said they were taken to Abattoir police station in Abuja, where they are being detained.

Sowore, presidential candidate of the African Action Congress (AAC) in the 2019 election, was allegedly injured by the policemen who arrested him.

“Sowore was particularly singled out for torture by the security operatives, who gave him a bloodied nose before whisking him away,” a source reportedly said.