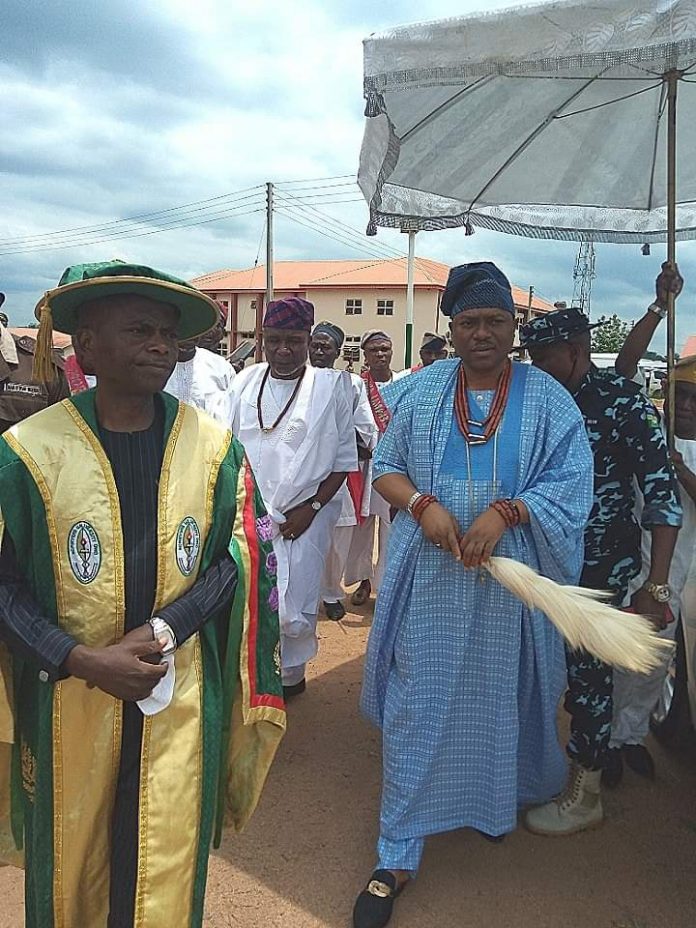 The Founder and Pro-chancellor of Achievers University Owo, Ondo state, Dr Bode Ayorinde, has again called for massive industrialization of the Nigerian economy as solution to poverty and insecurity ravaging the nation.

Ayorinde who added that industrialization would also reduce unemployment, gave the recommendation in Owo on Saturday at the 10th convocation ceremony of Achievers University.

The former banker noted that the statistics on unemployment is worrisome and has aggravated criminality nationwide.

He said: “the idle youths are bubbling with knowledge and energy which are not employed for economic growth, but made available for “Yahoo” activities, prostitution, rape among others. When there is no employment, there will be no production of goods and services,” he said.

Ayorinde who is also a legal practitioner, said each state of the country should as a matter of urgency establish industrial estates across the country and provide incentives such as tax holiday, easy access to land and provision of good roads to encourage the private sector to establish companies.

“It is very important for the federal government and every state government to put in place industrial policies, to be reviewed periodically with a view to assist small industries to become bigger. Government should establish industrial incubation centers in each state of the federation with a mandate to systematically grow industries in the country,” Ayorinde said.

The former federal lawmaker added that every local government, town and community must come together and galvanize human and material resources to establish industries, as government alone cannot do it.

“Achievers University model is a good example of how cooperation and commitment among the people of a community can mobilize resources and fill a gap of a common Interest.

“Kabiesi, the Olowo of Owo, can rekindle that spirit and let us take the lead by establishing nine big companies in the nine towns that make Owo Kingdom. The resources are there, you have human and material resources to make it happen and turn Owo local government to an industrialized community, thereby providing jobs for our youths, food on our table and eradicating poverty and criminality in our community,” he said.

Ayorinde aslo challenged faith-based and religious organizations to set the pace in the industrialization drive.

“We have seen the competition in University establishment, crusade grounds, 70000 human capacity domes and 100000 domes for worshippers. We must move quickly to compete too in establishment of industries that will provide jobs for our worshippers,” he said.