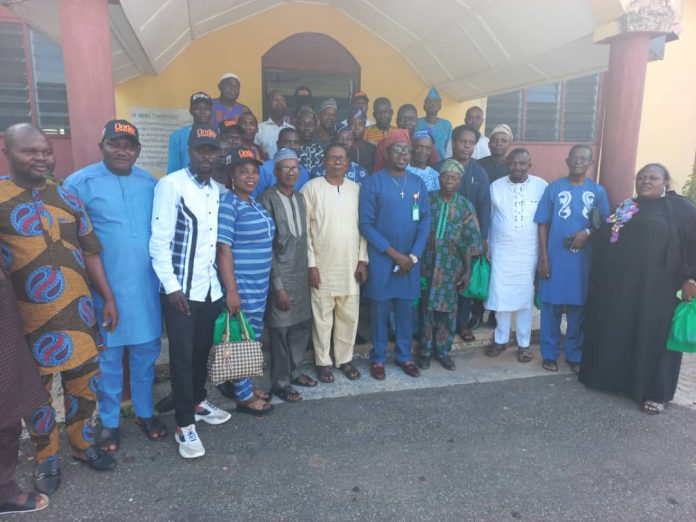 The Politics of Ifedore Local Government Area of Ondo State on Thursday became electrified, as the Chairman of the Council, Hon. Alex Oladimeji sets up a Committee to meet with Governor Oluwarotimi Akeredolu and APC Chairman, Chief Ade Adetimehin.

According to Oladimeji, the setting up of the committee became important to chart a path of reconciliation for the APC in Ifedore LGA.

He noted that the loss of the party in the last Governorship election in the state, is unacceptable, hence the need to review the reasons for the loss and mop up every loophole.

Oladimeji said the Committee members were picked across the 3 zones that made up Ifedore Council Area.

Oladimeji added that the members of the Committee would be joined by the statutory leaders in Ifedore, who are, Speaker, Rt Hon. Bamidele Oleyelogun; himself (the Chairman of the Council) and Ifedore APC Chairman, Hon. Tunde Fawoyi.

He decried the absence of some stakeholders of the party at the meeting, but expressed hope that all efforts would be made to continuously talk to them.

Earlier, the Elders appreciated the Chairman for the meeting, adding that it was long overdue.

“The meeting should be happening every month in order to discuss and resolve issues that might emanate from wards. Also to have one voice in achieving political goals.

“There must be a Committee that will represent the forum before the state party leaders and Mr Governor,” they demanded.

The Chairman in his reaction supported the decision that the meeting should be holding every month for the progress of the Party, the betterment of the local government and an avenue to discuss community challenges.

The stakeholders meeting held at the local government hall, had the following names in attendance: