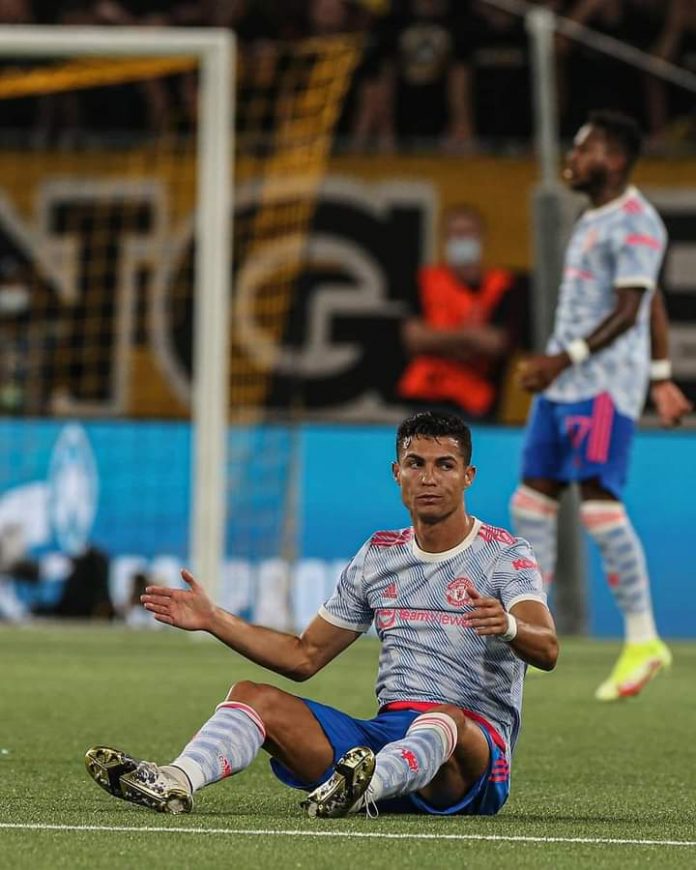 Young Boys of Switzerland on Tuesday in one of the opening features of the 2021/2022 Champions League season beat Manchester United 2:1.

Cristiano Ronaldo scored 13 minutes into the game but was short lived following a red card given to Aaron Wan-Bissaka which destabilised the United’s defense.

Wan-Bissaka was sent off on 35 minutes for a foul on Christopher Martins Pereira.