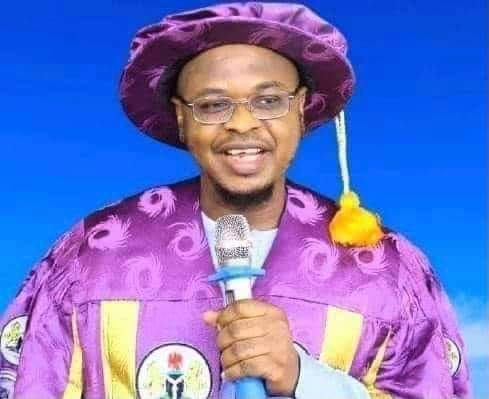 The National Universities Commission (NUC) should sanction the Federal University of Technology Owerri (FUTO), Imo State, over the promotion of the Minister of Communications and Digital Economy, Dr Isa Ali Pantami to Professorial Cadre in its institution.

A US based Academic of Nigerian descent, Professor Farooq Kperogi made this submission during his Saturday Column in Tribune and People’s Gazette titled, “Pantami’s Fake Professorship Joins Other Intellectual Frauds.”

Dr Pantami was recently promoted to the position of a Professor at FUTO, a University he never had academic engagement.

The Zamfara State Governor in an advertorial placed in Daily Trust Newspaper had congratulated Pantami on his “promotion to the Rank of Full Professor of Cybersecurity”.

Kperogi who is a fierce critic of the Buhari’s administration urged the Executive Secretary of the NUC, Prof. Abubakar AbdulRasheed to do the needful by sanctioning FUTO over what he described as an “academic fraud”.

He said the tradition of conferring fake professorship on Politicians in Nigeria should be discouraged as this portend a great danger to the institution.

“Pantami appears to be leading a detour back to home universities for the conferral of fraudulent “professorship” on politicians who can pay compromised university administrators. Fortunately, the NUC is now headed by Professor Abubakar Abdulrasheed, a conscientious, ethically sound, thoroughbred academic who has a reputation for doing the right things.

“I hope Professor Abdulrasheed will cause the NUC to sanction the FUT, Owerri, for the intellectual fraud it has perpetrated in “promoting” an undeserving non-employee to its highest academic rank and ensure that other mercenary university administrators don’t replicate this swindle in the future.”

Kperogi who is a friend of Pantami however advised him to rescind the promotion if he’s truly a man of integrity.

“I also hope Pantami has enough decency left in him to renounce the professorial fraud he wears – in the interest of the sanctity of what remains of Nigerian university traditions,” he said.