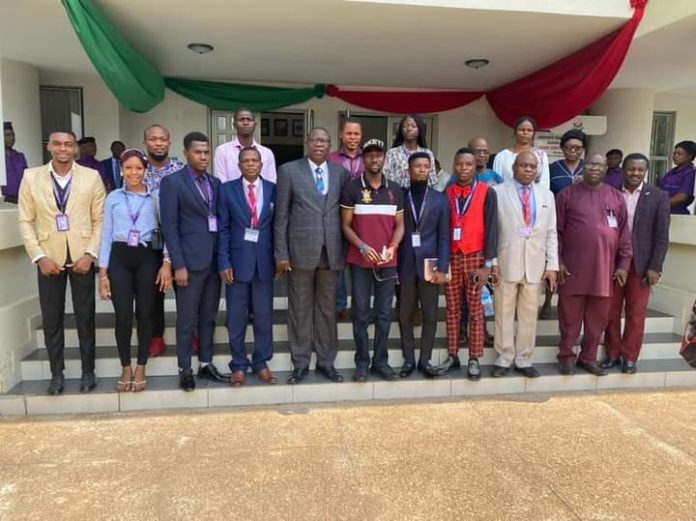 As Prof. Olugbenga Ige, Vice Chancellor of Adekunle Ajasin University, Akungba Akoko (AAUA) and his management staff meet on Tuesday, there is an indication that the N20000 reparation fee to be paid by the University students may be reviewed.

The AAUA management came up with the reparation fee last week as part of the requirements for the return of academic activities at the institution, following students unrest last year.

But the Students’ union leaders are pleading with the management to review the N20000 reparation fee, which according to them should be N5000 owing to recent economic challenges.

“Rising from the circular released by the authority of Adekunle Ajasin university Akungba Akoko, on 13th January, 2022., regarding plans towards resumption from the indefinite closure of the university due to the violent protest that erupted in the university campus on 22nd November, 2021.

“Recall that in a circular conveying the decisions of the University Senate on the above subject matter and signed by the university registrar, Mr. Olugbenga Arajulu, students have been majorly directed to pay a reparation fee of ₦20,000 each, and also ruled that all students must pay their tuition fee upto the current session before they can be eligible to sit for first semester (2020/2021 academic session) examinations.

“Subsequently, this development have led to several clamours and agitations against the university decisions among the students community on the need to reconsider more friendly policies.

“During the meeting, the Students’ Union passionately appealed and agitated that the reparation fee should be reduced to the sum of ₦5,000, and also considering the current economic downturn witnessed in the country and feasibility for the management to realize their position on tuition fee, after a very long deliberation, the union appealed that the management should reconsider review of their position on payment of tuition fee.

“The union also used the opportunity of the meeting to introduce initiatives currently being considered by the leadership of the Students’ Union, viz; security summit, entrepreneur program (one AAUAite, one Skill), among many others and seeks for the support of the management to achieve them.

“However, it was unanimously agreed that the destruction of the university properties is condemnable and such occurrence must be avoided in future. The university management opined strongly that punitive measures is necessary going forward, which the union rather appeal for more considerable measures. The students’ union also agreed to properly orientate all students against vandalising university facilities and to protect the university image at all cost.”