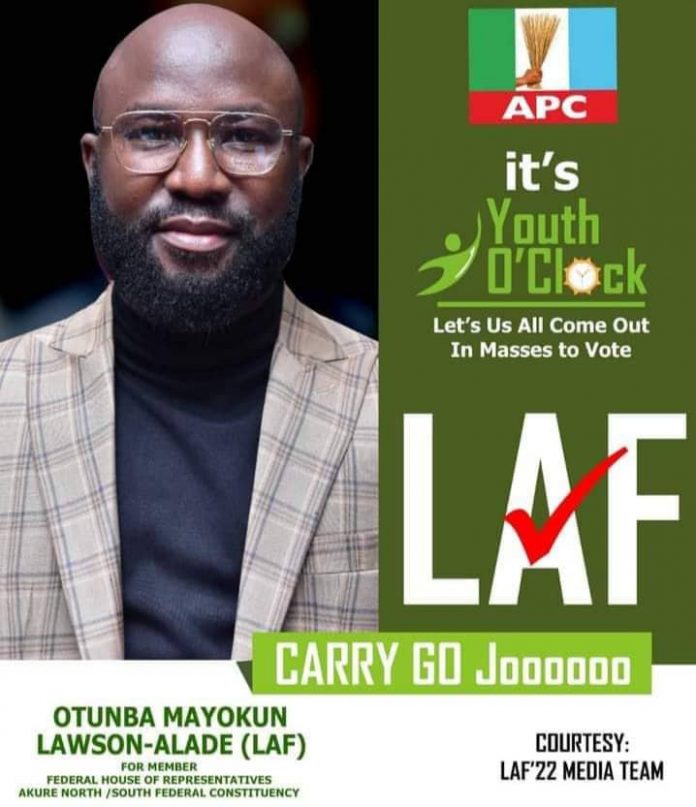 The All Progressives Congress (APC) in Ondo State has described its victory at the by-election for House of Representatives in Akure Federal Constituency as strategic, critical and reassuring.

The victory, especially in such a transparent exercise, is a decipherable indication that the people appreciate the genuine efforts of the ruling party to better their lots, through selfless service.

A statement by Alex Kalejaye, Publicity Secretary of the party in Akure on Sunday read:

“The APC State Chairman, Engr. Ade Adetimehin, congratulated the State Governor, Arakunrin Odunayo Oluwarotimi Akeredolu, SAN, leaders of the party across the Sunshine State, party faithful, and its candidate, Otunba Mayokun Lawson Alade, on the outcome of the election.

“Alade, candidate of the party, scored a total of 26, 379 votes to defeat other contenders in the Federal Constituency, often described as the engine room of People’s Democratic Party (PDP) in the State.”

Adetimehin commended the commitment, support, and personal sacrifices of the leaders to hand over the much cherished victory to the State chapter. He praised Akure electorate for standing by the party.

Adetimehin further applauded the Independent National Electoral Commission, security agencies, and other various stakeholders for their noble roles, before and during the tension-soaked exercise.

He commended the PDP and other political parties that participated in the exercise for not going excessively violent during the election, adding that the image and interest of the State transcend personal political gains.

The party chieftain urged the newly elected member of the National Assembly to view the mandate as an opportunity to serve his people and country.

“What he does with this opportunity would determine how his people will relate with him in future engagements”, Adetimehin counselled.