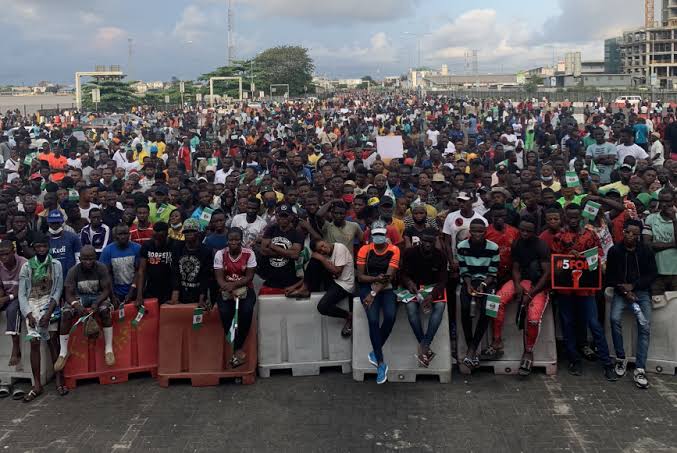 Yemie Fash lamented what he described as willful non-implementation of the EndSARS Panel Reports submitted to state governors across the country.

While speaking on Tuesday in Akure, he said the panel report was an evidence of social contract between aggrieved Nigerian youths and the government.

Yemie Fash said the youths have played their part in the social contract by withdrawing from the streets and also made representation in the all the constituted EndSARS panels. He however added that failure to implement the panel reports would amount to a breach of trust on the part of the state and federal governments.

“If the government want to earn the trust of Nigerian youths, the EndSARS Panel Reports must be implemented without further delay. The whole thing now appear like a ploy to simply keep the youths off the streets. Those in leadership positions should avoid creating a suggestive picture that the trust of youths in them has been betrayed”.

He also emphasized that the EndSARS Panel petitioners were fast losing hope and trust in the government. He likewise appealed to the Vice president and the concerned state governors to come to the rescue of petitioners whose live investments were destroyed during the EndSARS protests by hoodlums.

More so, Yemie Fash appealed to the Vice president to rise up to the occasion by ensuring that the efforts and sacrifices made by members of the Panel did not become an exercise in futility.

“I want to appeal to the Vice president to show leadership on implementation of the EndSARS Panel Reports. These reports are already gathering dust while the petitioners whose relatives were killed as well as those that suffered bodily injuries in the hands of SARS operatives should get justice promptly and adequately compensated as recommended”, Yemie Fash suggested.