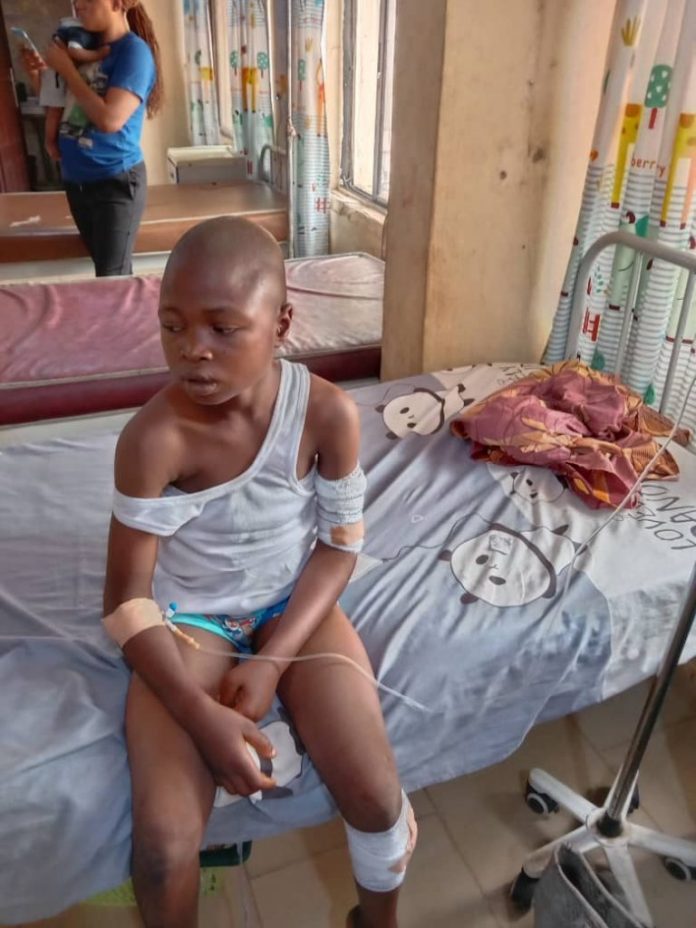 A social media group Reformation Vanguard Platform has commended the decision of the court on the case of Master Joel who was brutalized by his supposedly guardian, Opeyemi Omoyemi.

In her judgement, the Chief Magistrate, Mrs Oluwafunmilayo Edwin, sentenced the defendant to three (3) and a half years imprisonment on the first count charge, causing bodily harm and a year imprisonment for lack of care for a minor.

The group Chief Administrator, Barr. Wale Obanigba described the judgement as a hard lesson that will serve as deterrent to others and also a strong signal that child brutality is evil, uncivilized and unacceptable in our society.

He commended the state and other critical stakeholders for the quick dispensation of justice on the case.

Earlier, the group representatives led by the Chief Admin of Reformation Vanguard Platform, Wale Obanigba in company of the chairman disciplinary committee of the group, Mr Niyi Temijana and other members had paid a sympathy visit to the boy at the hospital where he’s been treated to identify with him and made a cash donations to the boy.

“As a father and parents we are moved to tears by the viral video of the boy when he was brutalized using razor blades on him, it’s such an action that is totally condemnable and unacceptable in our society and we felt as a group to show love to Joel and to let him realize that the society still love him”.

But today we thank God for quick dispensation of justice on the matter and also appreciating the judiciary for prompt delivery of judgement on Mrs Omoyeni Opeyemi who pleaded guilty on counts 1 and 5 of charge.

Meanwhile, the Court had adjourned the rest of the case to 13th April, 2022 for trial on count 3 which is “Trafficking of person” contrary to the provisions of the Administration of Criminal Justice Law of Ondo State, which the Defendant had pleaded not guilty.