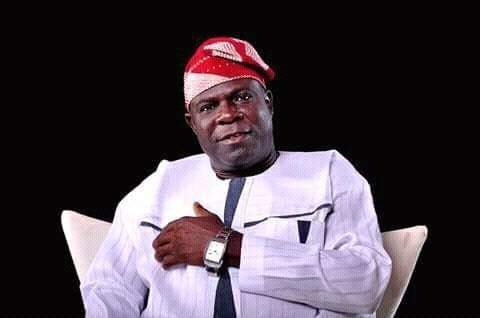 Akogun Adetokunbo Modupe (TPT) has described the death of Hon (Pharmacist) Bamiduro Dada as a big loss to the people of Ondo state, particularly the Akoko Southwest Local Government of the state.

Dada was a former Commissioner of Local Government and Chieftaincy Affairs in Ondo State.

Modupe while condoling the people of Ikun Akoko, and the late Bamiduro Dada’s community, prayed that the soul of the passing former Commissioner be granted eternal rest.

In a statement released by the Head of Public Communication, TOKSforSenate, Wale Obanigba, Esq, Akogun Modupe, an aspirant on the platform of the Peoples Democratic Party for Ondo North Senatorial District, expressed sadness on the passing of the grassroots politician, who died at the early hours of Thursday, the 24th of February, 2022.

According to him, “Honourable Dada was a devoted community man, a grassroots politician and a Pharmacists of record who loved his people without reservation. He will be sorely missed by his immediate family, associates, and loved ones”.

He expressed his deepest sympathy to his immediate family, community, his political associates, and member of the Peoples Democratic Party on the loss of a gentleman, rare gem, and a committed Politician.