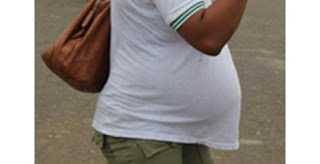 The federal government is putting in place measures to control population growth by adopting a fertility control method.

This was made know by the federal ministry of health through the director, family health department, Dr Salma Kolo, who stated this at a one-day panel session organised by the Population Association of Nigeria (PAN) in collaboration with the Partnership for Advocacy child and family health @Scale ( PACFaH@Scale), anchored by the development Research and Projects Centre (dRPC) and funded by the Bill and Melinda Gates in Abuja.

She stated that the country is not at ease with the upsurge of its population and does not have the resources to cater for the growing population.

She noted that it would be done through family planning which will be overseen by the Federal ministry of Health.

Kolo opined that the Nigerian government is adopting a fertility control method to slow down the population growth.

“The Nigerian government is adopting a fertility control method to slow down population growth”.

According to her, 10 states have been committed to controlling population growth in the country through family control methods.

“Nigerian government is also committed to the family planning 2030 goal. Pushing family planning is more than perspective but asking what we have to do in terms of pushing the policy is important”

She explains that the role of the ministry is to implement the policies approved by the federal government, identifying women and children, especially those in rural communities as the most vulnerable group and most affected by consequences of population growth.