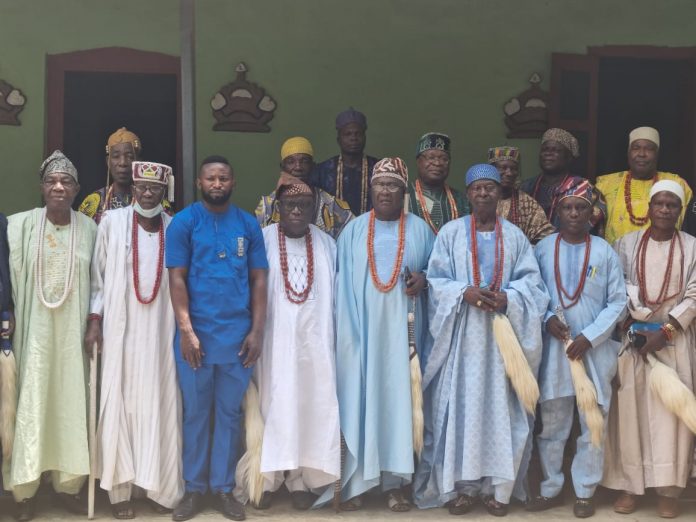 COMMUNIQUE OF A MEETING OF COUNCIL OF TRADITIONAL RULERS IN AKOKO NORTH EAST/ AKOKO NORTH WEST FEDERAL CONSTITUENCY HELD AT THE OLUKARE’s PALACE IN IKARE AKOKO ON THE 2ND OF MARCH, 2022.

That after careful discussions and considerations, the Traditional Rulers in Akoko North East Local Government and Akoko North West Local Government have jointly resolved to expressly give our approval to the reelection bid in the forthcoming 2023 election of our son, Rep. Olubunmi Tunji-Ojo to represent our people at the Federal House of Representatives.

There are currently ongoing road projects in many other communities .

He has been making provisions of free 1,000 UTME Forms and tutorials for our children who are interested in tertiary education every year. He has also organised mathematical competition to enhance the development of STEM education in our secondary schools.