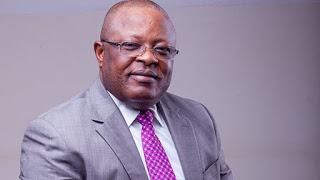 The Appeal Court sitting in Enugu, on Friday exonerated the Ebonyi State Governor, David Umahi and his Deputy, Dr. Kelechi Igwe, of any wrong doing against the constitution or the Electoral Act by defecting from the Peoples Democratic Party, PDP to the All Progressives Congress, APC, in the State.

The Court held that there was no consequence under the law against the defection of the holder of the office of the President, Vice President, Governor or Deputy Governor, to another political party from the party that sponsored the election that brought him or her to office.

The Plaintiffs in the matter are the candidate of the All Progressives Congress, APC, Ebonyi State, in the 2019 Governorship election, Senator Sonni Ogbuoji and his Deputy, Chief Justin Ogbodo Mbam.

Recall that on Tuesday, February 28, 2022, the Ebonyi State High Court sitting in Abakaliki, struck out the same suit and awarded N500, 000 as damages against the plaintiff.

The Appellate Court in a unanimous judgement delivered by a three-man Panel led by Justice J O K Oyowole, held that the defection of a political office holder may appear immoral, but it was not the duty of the Court to embark on an investigation or probe into the provisions of the laws, warning that judicial activism must not be turned into judicial rascality.

The Court further explained that there was no provision in sections 180, 188 or 189 of the 1999 constitution as amended, that empowered the Court to remove either a seating Governor or the Deputy from office.

According to the learned Justices, the defection of an office holder is not novel to Nigeria’s judicial jurisprudence.

The Court, however, dismissed the appeal and awarded two hundred thousand (#200,000) naira against the appellants.

Reacting to the judgement, Counsel to the Defendants, Barrister Roy O. U Nweze applauded the judgement, saying, it will be a reference point all over the country.

Also, the Appellant’s Counsel, Ogbonnaya Okorie appreciated the industry of the court in delivering the judgement, adding that he would study the judgement and advice his clients.

Also, the Ebonyi State Commissioner for Information and State Orientation, barr Orji Uchenna Orji, said the judgement was a demonstration of the capacity of the appellate Court to protect the rule of law as well as the principles of separation of powers.

He further described it as a victory for democracy.

Also, the State Publicity Secretary of the APC, Simbad Ogbuatu noted that the Party was dedicating “the judgement to all men of goodwill that condemned the abuse of Court Process by the lower court.”

According to him, “By the verdict of the Federal Appeal Court, Enugu upholding the position of Ebonyi State High Court that Governor Umahi and Deputy cannot vacate office for defecting to APC from PDP is a true position of the law, and the judgement has gone a long way to rekindle the people’s confidence in the court as the last hope of a common man.

“With every sense of respect, we the APC family in Ebonyi State wish to appreciate the great men and women of this country for lending their voices; we thank the great Ebonyians for their unprecedented support and solidarity shown during this period.

“It is very pertinent to note authoritatively that Nigeria’s judicial system remains the last hope of a common man; we are grateful to God who did not allow the abuse of court process to stand.

Let me specially thank the leader of APC in Ebonyi State, His Excellency, Engr Chief David Nweze Umahi, Executive Governor of Ebonyi State, for believing maximumly in the efficacy of the Nigeria judiciary system.

“Lastly, I want to call on Ebonyians to continue to support APC led Government in Ebonyi State ably led by His Excellency, Engr Chief David Nweze Umahi Fnse, fnate for he is a true leader backed by God and not a ruler.

“Today’s verdict has laid to rest the unwholesome speculation and a true confirmation that Ebonyi State belongs to APC.” (Vanguard)