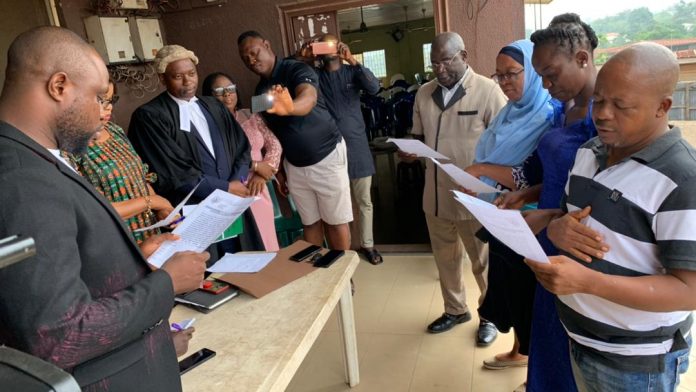 The association also congratulated its State Media Ambassador, Alhaja Fatima Muraina, who is the State Treasurer of Ondo NUJ, as well as other executive members.

“We are confident that the elected members of the union will perform beyond expectations in their different capacities they are elected for.

“While commending the easy transition of the leadership in the NUJ family, FOMWAN charged the new leadership to represent an embodiment of true journalism by being factual in their reportage.

“We wish the new excos a successful tenure in office and also pray that the confidence reposed in them will further lift the union to a greater height worthy of emulation to others in the State and Nigeria at large.

“We also urged them to extend their professional duties to be the voice of the voiceless in ensuring that justice always prevails in matter that has to do with the women, particularly on the gender issues.”