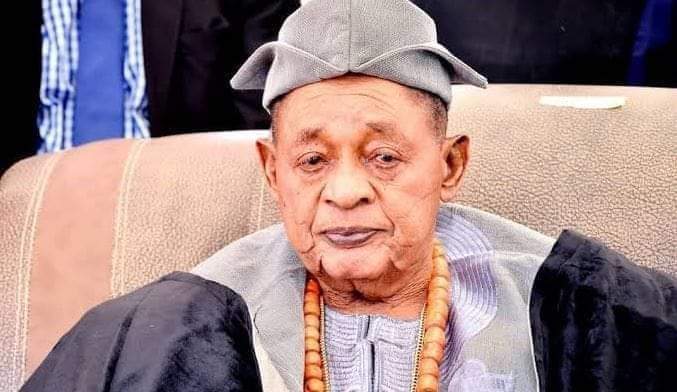 The Alaafin of Oyo, Oba Lamidi Olayiwola Adeyemi III had a premonition about his demise.

He was 83 years of age and reigned for 52 years. He was coronated in 1970 and was the third to rule from his ruling house.

Speaking to newsmen at the entrance of the Palace of the Monarch earlier on Saturday, a resident of Oyo (name withheld), narrated how Oba Adeyemi had a premonition of his passage.

She said, “Alaafin invited us about two weeks ago, saying that he saw his father, telling him it is time to come over. We were shocked. We asked him, is that so? He said yes.

“What surprised me most was that he died on the day of Jakuta Sango. But we’re contented with the fact that he lived a good life. A life worth spent. We wish him eternal rest with his ancestors,” she said.

Meanwhile, Oba Lamidi Adeyemi would be buried on Saturday evening in line with Islamic rites.

At the present, the Chief Imam of Oyo and his entourage are now at the Alaafin palace.