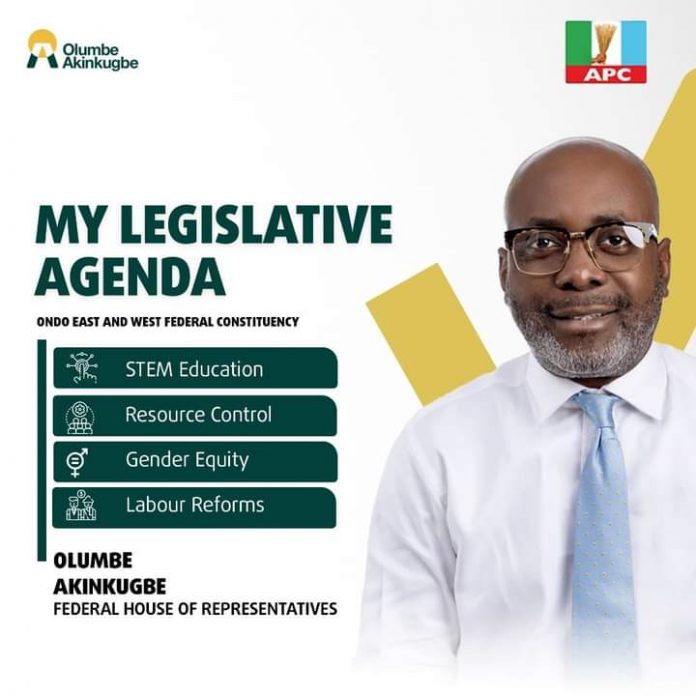 Olumbe stated this while officially declaring his intention to contest the Ondo East & West federal constituency election on Tuesday.

Olumbe said the proposed legislation for STEM education will have a massive impact on rural communities not only in Ondo but across the country. He said it would empower youths with skills and capabilities to participate in the global digital economy.

Additionally, Olumbe talked about his plan for labour law reforms which he said will ensure that every worker is fairly treated and would get their due. He said, “employers will no longer be treated as slaves by their employees with the kind of legislation that I will be proposing.”

On Resource Control, Mr Olumbe said he believes that states should have the right to manage their resources, so they no longer have to depend on the federal government for handouts. “I believe that if states have control of their resources, they will have enough to invest in education, infrastructural development and healthcare.”

Finally, Olumbe argued that the participation of women in governance is a major contributor to growth and national development. He said he wants to see more women hold political office and would work to ensure that the gender bills get passed in the National Assembly.