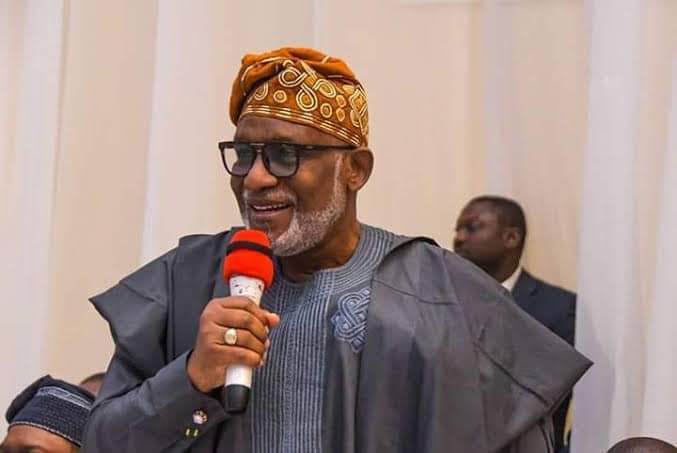 Ondo State Governor, Arakunrin Oluwarotimi Akeredolu ,SAN, has congratulated members and the new leadership of the Nigeria Union of Journalists (NUJ), Ondo State Council over the successful conduct of the election of the Union and the inauguration of the new executive members led by the Chairman, Prince Leke Adegbite.

The Governor, who described the media as partner in progress, charged the leadership of NUJ and RATTAWU in the state to support the government with adequate publicity of its programs and policies to the people of the state.

While challenging media professionals in the state to uphold the tenets and ethics of the profession, Governor Akeredolu noted that Journalism is a noble profession.

“The media , of course, is the watch dog of the society. This sole responsibility must be performed without fear or favour with an untainted mind. To journalists , facts are sacred. This is the hallmark that has distinguished the media as the fourth estate of the realm.

“We must be deliberate to use our pens and voices to also contribute immensely to the society. Our people need enlightenment, reorientation and genuine information. These are the responsibilities of the media in a democratic society.

“Let us strive to set agenda that would help government understand the mind of the people. The media should dissect issues and not involve itself with undue politicking that could drive reports that are laced with subjective opinions and distorted facts plastered with political colouration.” He said.

Governor Akeredolu assured of his administration’s readiness to partner with journalists in the state and continued supports for them to carry out their duties in line with the constitution of the land.