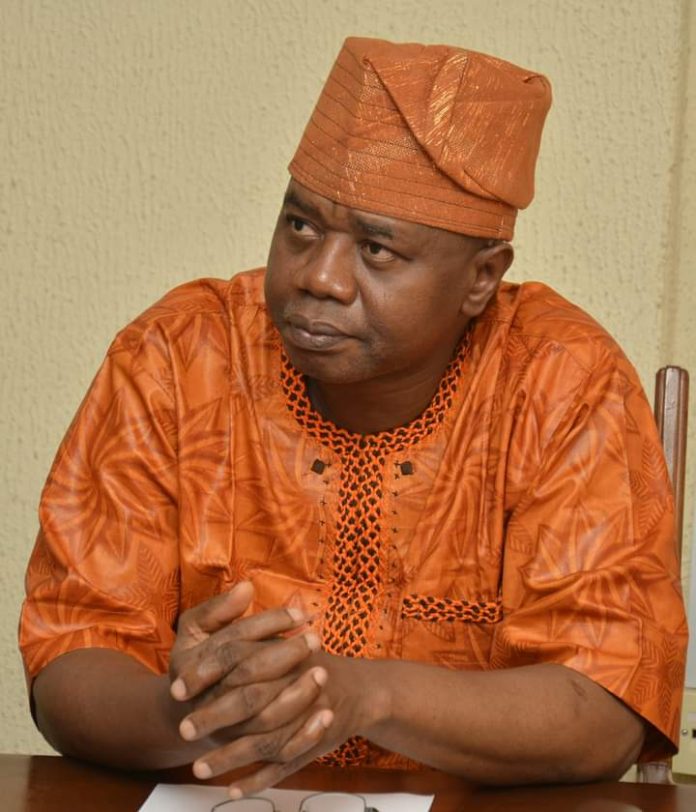 The Provost, Adeyemi College of Education, Ondo, Dr. Samuel Akinrinola Akintunde has expressed gratitude to God for keeping the institution safe in the last 58 years,  while describing its existence so far as a success story.

Dr. Akintunde made the statement in his office on Friday 20 May 2022, while speaking on the 58 years anniversary of the foremost College of Education.

Attributing all achievements made in the College to God, the astute administrator commended the efforts of the institution’s founding fathers, his predecessors, staff and students of the institution for valuable contributions to its growth and development.

While going through memory lane, the College Chief Executive Officer, said “we are grateful to God that the primary purpose of establishing the College is being fulfilled”.

“The College has been at the forefront in the training of teachers for this nation and the West African sub-region.

“So since 1964 that the college was established with just few hundreds of students,  probably not even up to two hundred for a start, the institution has gone so far that as of today, we have over 18,000 students, this shows that the college has transformed tremendously,” he remarked.

Dr. Akintunde also lauded founding fathers of the college for their vision in establishing the institution, and his predecessors for sustaining  the hallmark of excellence for which the College is known stating that the development has brought glory to the College making it to be rated as one of the leading teacher training College in the country and internationally.

On challenges facing the institution, the College Chief Executive Officer, identified finance which he said is not peculiar to the institution. He however, expressed appreciation to the Federal Government for financial support given to the College stating that the government through the Tertiary Education Trust Fund ( TETFund), Normal and Special Interventions, has made huge contributions to the physical and academic development of the institution.

On Internally Generated Revenue (IGR) drives in the institution, the Provost commended staff of the College stating that their initiatives had yielded positive dividends as good sources of income generation which assisted the institution to meet some of its financial needs.

Speaking on his expectations as the College prepares for transition to a University of Education, the erudite scholar, expressed optimism of great achievements and transformation to higher level as Centre of Excellence in Teacher Education.

He equally expressed the hope that when the University takes off, it would enjoy full autonomy that would assist it to attract international partners for exchange programmes through which its staff and students would be exposed to best practices as done in other parts of the world.
Meanwhile, to mark the Founder’s Day, the Management in collaboration with the Alumni has lined up activities which started with Jumat service at College Mosque on Friday; Interdenominational service at Christ Chapel in the College on Sunday and special session of the Alumni at the Alumni event center on Sunday evening by 5pm at the Alumni Event Centre.