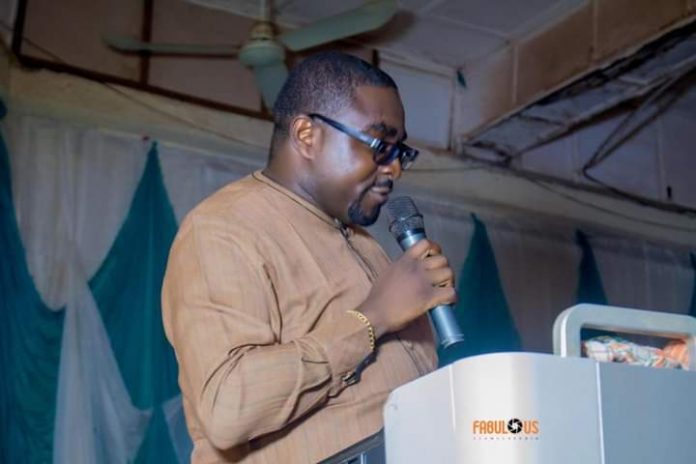 A member of the Ondo State House of Assembly representing Ondo West constituency 1, Hon. Leonard Tomide Akinribido, has described legislative arm of government as the most pivotal in any political dispensation.

Hon. Akinribido made the statement while presenting a paper at a one day public lecture organised by the Senate of the Adeyemi College of Education Student Union Government which held in the institution on Thursday, 14th April 2022.

Speaking on the theme: “Legislative and Democratic consolidation in Nigeria”, the lawmaker lauded performance of legislative arm of government in Nigeria stating that it’s effectiveness has helped in stabilizing democratic rule in the country.

He attributed some of the challenges facing the Nigeria nation to include incursion of military into country’s politics stating the development has affected the country’s political achievement.
The data Analyst, however lauded performance of legislature at all levels of government since the return of democratic rule in 1999, saying their performance, has helped to stabilize the politics and encourage political participation.

The lawmaker listed areas where he said the legislature acted promptly to save the Nigeria nation from going adrift, to include what he called the abortion of third-term ambition of the then president, Chief Olusegun Obasanjo and stabilizing the polity during the administration of president Musa Yaradua, when the issue of who acts for him during his absence was resolved through the use of Doctrine of necessity by the senator David Mark-led Senate of the Federal Republic of Nigeria.

He also stated that the action taken by the Senate amounted to standing by the constitution and entrenching the rule that “whenever a President travels outside the country, he or she must transfer power to the Vice-president so as to perform duties during his or her absence”.

The Ondo Lawmaker, however, identified some challenges affecting the legislative arm of government from performing its roles effectively in Nigeria to include instability in government and misrepresentation of activities of legislative arm by the electorates, stating that the development has affected them in consolidating democracy.

As panacea, the lawmaker emphasised the need for proper education of Nigerians on roles and functions of legislative arm of government.

Also in his presentation, the newly elected Senate Presidents SUG Adeyemi College of Education Ondo, Senator Ajibade Qudus Abiodun, pledged his resolve to contribute his best for the advancement of the students body, and the college at large through passage of bills that would improve the lots of the student populace.

More pictures from the event: