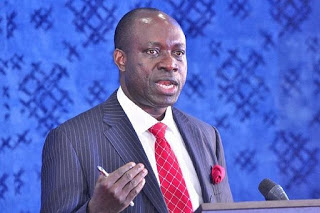 The Governor of Anambra state, Chukwuma Soludo has imposed a curfew on eight local government areas of the state.

Governor Chukwuma Soludo, who announced the directive in a statewide broadcast, said the curfew will commence today, Thursday from 6:00am -6:00pm and will remain in effect until further notice.

The curfew applies to motorcycles, tricycles, and shuttle buses in the state’s local government areas of Aguata, Ihiala, Ekwusigo, Nnewi North, Nnewi South, Ogbaru, Orumba North, and Orumba South, according to the Governor.

He also banned motorcycles, tricycles, and shuttle buses from operating on Mondays in the affected local government areas until the Sit-at-Home is completely ended.

Professor Soludo urged community youths to assist security agents in enforcing the policy by impounding any motorcycle or tricycle that violates the order.

He also warned transport union leaders not to shield their members who are involved in criminal activities, while urging communities to provide information on any part of their land that is being used as a camp by criminals.

Governor Soludo warned that any community that fails to do so will forfeit the land to the government.

The Governor, who threatened to disband the leadership of any community that harbors criminals and their activities, also urged market leaders and other stakeholders to reclaim their territory and provide weekly security reports on activities within those markets.

He ordered hotels to obtain means of identifying their guests and keep an inventory of all guests, and fuel stations to install surveillance cameras within the next four weeks to keep records of what happens around them.

He urged citizens to work unflinchingly with security agencies, which he said were doing their best to secure the state.