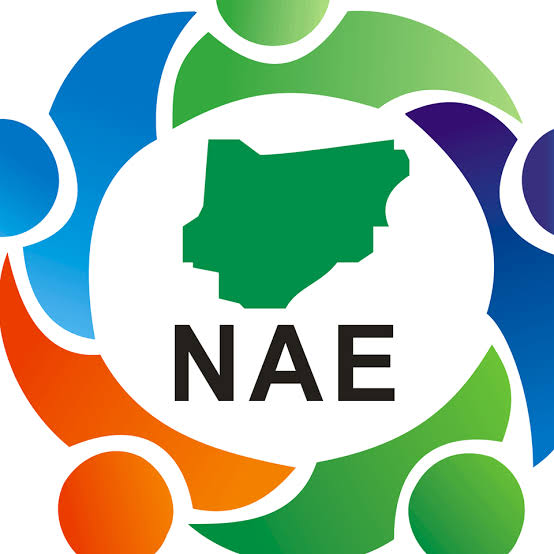 The Board of Trustees (BOT) of Nigeria Association of Evaluators (NAE), led by Dr. Shamshudeen Usman, CON, FNAE a former Minister of Finance and former Chairman of the National Planning Commission, inaugurated a Caretaker Committee (CC) for the Association on May 12th, 2022. The BOT Chairman congratulated and appreciated the outgoing President and Executive for a successful tenure. He appreciated the efforts of the outgoing Executive in laying the foundation for a better future for monitoring and evaluation (M&E) practice in Nigeria and for bringing to the limelight the activities of the association.

The Caretaker Committee whose Chairman is Dr. Sulleiman Adediran, FNAE, is to manage the affairs of NAE until January 2023 when a new National Executive Council (NEC) of the Association will be elected. Other members of the Committee are Mr. Michael Idoko (Secretary), Mrs Toyin Akpan, FNAE (Publicity Secretary), and Mrs Patience Ogwara (Financial Secretary). Other members of the Committee are Mr. Emeka Nwandu (IT Adviser/Aggregator), Mr. Sulaiman Muhammad Bello (Assistant Secretary), and Mr, Oludotun Babayemi (Abuja Liaison Officer).

Earlier, Ms. Lola Visser-Mabogunje, FNAE, the BOT Secretary, had provided a context for the need for the Caretaker Committee and noted that all members of the new committee were dedicated and committed members of the association.

The out-going President, Dr. Uzodinma Adirieje, FNAE, in his speech, thanked the BOT and the members of NAE for supporting the outgoing executive. He congratulated the incoming Caretaker Committee on the commencement of their duties. He promised to work with the Committee for a seamless transition.

In his acceptance speech, the Committee Chairman, Dr. Adediran described the present assignment as a call to service. He stressed the need for a robust data-driven environment for the association to carry out effective decision-making, ensure accountability, and promote learning. He indicated that the committee shall devote its efforts to promoting effective membership participation, expansion of the NAE membership, and the reinvigoration of the State Chapters of the NAE.

Nigerian Association of Evaluators (NAE) is the umbrella body for Monitoring and Evaluation (M&E) practitioners in Nigeria.
For more information about the Association, visit:
Website – www.nigeraevaluators.org
Twitter – @evaluatorsNG
Facebook -@NIgerianAssociationofEvaluators