Precision
Home Opinion Opinion: Deborah: Murder & Martyrdom All In The Name Of God By... 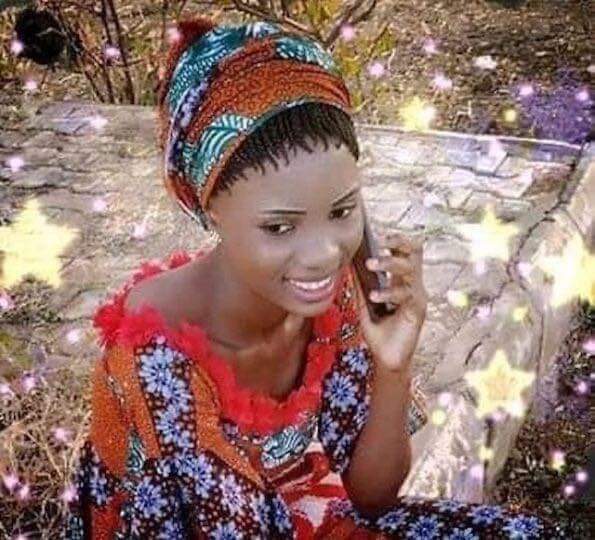 A young Deborah plans for class in the morning. By the end of the day she is gone. Silenced forever.

A thousand times she must have thrown banters at fellow classmates: male, female, Muslims, Christians and others of varied spiritual convictions. Simply because she said something unpleasing to the ears of fellow classmates, rage, raw rage, from the pit of hell erupted!

The same classmates with whom she must have shared groundnut in class countless number of times; the same guys who at some point in the past might have wanted to date her or convert her to their religion; the same course mates among whom she had felt safe enough to voice her innocent criticism of people turning their internet group into a proselytizing platform; those same guys went into a frenzy fit for vampires.

They couldn’t even bother to laugh at her naivety for invoking “Holy Ghost Fire,” which made her guilty of the same proselytizing on the platform. There was no love left in their hearts to spare, there was no recourse to forgive even if she was adjudged guilty; only hate, bilious hate was what was left to spew. They literally turned into a cackle of hyenas. They bludgeoned their “sister” and classmate to death in broad daylight! Nigeria is a sick place indeed.

What has gone into our youths?! If for the life of us we treat this sickening act on the basis of it being a horrific expression of religious fanaticism alone, then we are doomed as a nation. We have indulged for too long in the rearing of monsters and our season of sour grapes is at hand!

Take it or leave it, this criminal behaviour is not Islam. The religion of Islam never sanctions or condones the barbaric practice of people taking the law into their hands even for crimes that would merit capital punishment. If proper Islamic standards were to apply, the perpetrators of this cold blooded crime would be tried and most likely given death sentence as murderers.
These vehement “believers” could then head back happily to Allah and demand crowns of glory for “defending” the honour of Islam and the Holy Prophet Muhammad (upon whom be the peace and blessings of Allah). There they will surely be asked by their creator and Deborah’s where Prophet Muhammad said: “kill without due process. Be the prosecutor, the judge and the executioner all in one.” Bigotry dyed in ignorance is indeed a dangerous enterprise.
God! How did we get to this point? How did we get to the point where our youths seethe in rage, ready to fly off the handle at the slightest provocation or lack thereof?
As a Physician of the mind I can tell that things are no longer normal with the minds of our youths.

Check the urine toxicology of the perpetrators and you would have opened a Pandoras box. Substance Abuse has gone epidemic among our tertiary institution students. Someone high on drugs might be the one casting the first stone at that godless act. If the violent brood were so concerned about the honour of Islam and the Holy Prophet Muhammad, did they pause to ask where they would leave the image of Islam in the eyes of the world after their act?
How does a world that is largely ignorant of the true position of Islam on issues of fundamental rights of peoples react to this? Who would not seriously review their relationships with their Muslim friends after viewing the gory images of Deborah’s tragic end?

We have fully numbed our youths to acts of extreme violence. Crass criminals, given Islamic sounding names have ravaged villages, towns and cities and laid them to waste They have raped people’s daughters, sisters and mothers, slit the throats of people’s fathers, uncles, brothers and sons while those we vested with their safety and security as a nation appear at best unperturbed.

Who can predict the potential victims to bear the brunt of tons of unresolved pain and anger rising from the rubbles, smoke and stench of a system’s patent injustice? If it is not a Deborah on campus it will be a Moshood in the neighbourhood.

Our youths go to class on empty stomach and grapple with lecturers many of whom have turned tyrannical because of frustration visited on them by a country that holds knowledge in contempt.

These youngsters study and sweat under dehumanizing conditions, while knowing that they are unlikely to get gainfully engaged if they ever manage to graduate. Why do we wonder then if they pray for everything to go up in flames at EndSARS?

The earlier we woke up to the reality that those who murdered Deborah under the smokescreen of protecting their religion; the undergraduates who try to burn down their University Senate Building with the Vice Chancellor and Members of Senate inside in the guise of protesting increase in tuition fees; the young spectators who storm the pitch to try and murder Ghanaian soccer players for the crime of defeating their nation’s team fair and square; the young graduate who kills his fiancee and rapes her corpse repeatedly for seven days and seven nights in satanic anticipation of wealth, all suffer from variants of the same malady.
They suffer from disorientation and dislocation in their value systems. They suffer from disappointment in authority figures. They suffer from desperation to escape an empty existence. They suffer from disillusionment of suicidal and homicidal proportions. And these maladies have gone on for too long in our youths and our chicken have finally come home to roost.
I do not cry for the horrific snuffing out of a young beautiful life as much as I do for the fact that the spectating youths on the scene, especially the Muslims whose religion was being given a dark and false colouration, would not stand to protect Deborah at the very risk of their lives! And if one of them had died trying, that indeed would have been a martyrdom to celebrate! Cry, cry and cry the beloved country!!

This is the time. This is the time for Imams to speak up and tell the world the true position of Islam on the “sins” of Deborah and the action of her killers. This is the time for Christian activists and pastors to stand up and demand justice for Deborah without playing the victim card of demonizing Islam and the entire Muslim populations of Nigeria to gain propaganda mileage. They must realize that many of them have contributed in no small measure to the split in our collective psyche, turning us into a nation of “us against them.”

Most significantly, let the Governor of Sokoto State Alhaji Aminu Tambuwal stand up and be counted, instead of counting how many votes he might lose in the pursuit of justice. A wise man said to me recently that what makes a true leader is the courage to take a stand, especially when competing interests clash.

Above all, let President Muhammadu Buhari stand up and ensure justice this one time. If we choose to sweep this under the carpet like we have done countless number of times because Deborah is not the daughter of one of the owners of Nigeria, then let us continue in our delusion of wellness. Let us continue to bury our heads in the sand of time till the youths that we have destroyed rise up and destroy everything that we hold dear.

Dr Abbas Mimiko is a psychiatrist and a student of Islamic Religious Knowledge.