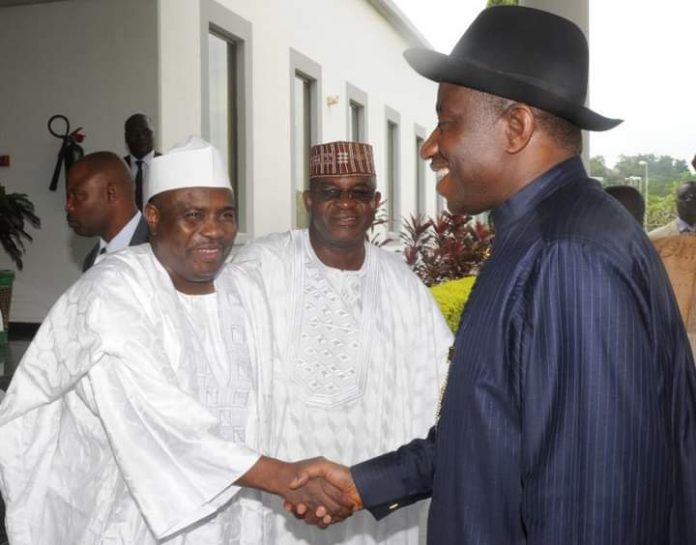 Sokoto State governor and presidential aspirant of the Peoples Democratic Party (PDP), Aminu Tambuwal, says former President, Goodluck Jonathan, should be blamed for not allowing the amendment of the country’s constitution for restructuring before handing over power.

He said that Jonathan should have also allowed the proper reform of the electoral system.

Tambuwal, who is a presidential aspirant on the platform of the Peoples Democratic Party, said that Jonathan should have allowed the proper constitutional reforms during his tenure.

He disclosed this on Thursday in Akure, Ondo state capital, while canvassing votes from the delegates of the PDP, ahead of its presidential primary.

Tambuwal, who was a former Speaker of the House of Representatives, noted that the various challenges, particularly insecurity, bedeviling the country would have been surmounted if Nigeria had been restructured.

He said, “I understand the debate about restructuring, the fiscal federalism, and the devolution of power. I know all of these issues and understand them very well.

“As Speaker of the House of Representatives, we attempted but unfortunately former President Goodluck Jonathan did not sign that constitutional amendment that could have possibly address some of these challenges being raised in terms of restructuring, devolution of power among others.”

The Sokoto state governor observed that the current government of the All Progressives Congress, APC, led by President Muhammadu Buhari, had no road map for the progress of the country since its inception.